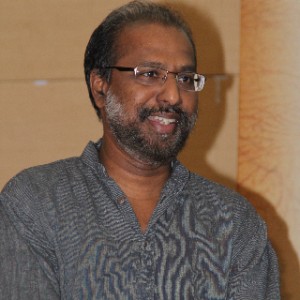 Rudhramoorthy Cheran is a major Tamil poet and playwright who has published eight anthologies of poetry in Tamil. His poems have been translated into German, Swedish, Sinhala, Kannada and Malayalam. A selection of his poems appeared in English as A Second Sunrise. He has also contributed to Waking is Another Dream, an anthology of poems on the genocide in Eelam. He is a professor at the University of Windsor, Canada.