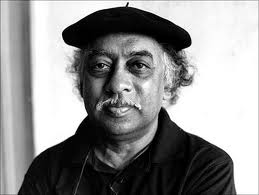 Dilip Chitre (1938–2009) was a poet, painter, translator and filmmaker. He wrote more than fifteen volumes of poetry in Marathi and ten in English. His film Godam won the Prix Special du Jury in Nantes in 1984. He is the translator of A Current of Blood, a selection of poems by Namdeo Dhasal.