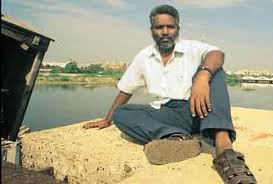 Ravikumar is a Tamil critic, translator and poet who has founded several ‘little magazines’. His nonfiction has been published as Venomous Touch: Notes on Caste, Culture and Politics (2009). He was a legislator in the Tamil Nadu assembly with the Viduthalai Chiruthaigal Katchi, a Dravidian political party. He is the editor of and a contributor to Waking is Another Dream, an anthology of poetry on the genocide in Eelam. Ravikumar, along with S. Anand, is the cofounder of Navayana. He is the co-editor of The Oxford India Anthology of Tamil Dalit Writing.