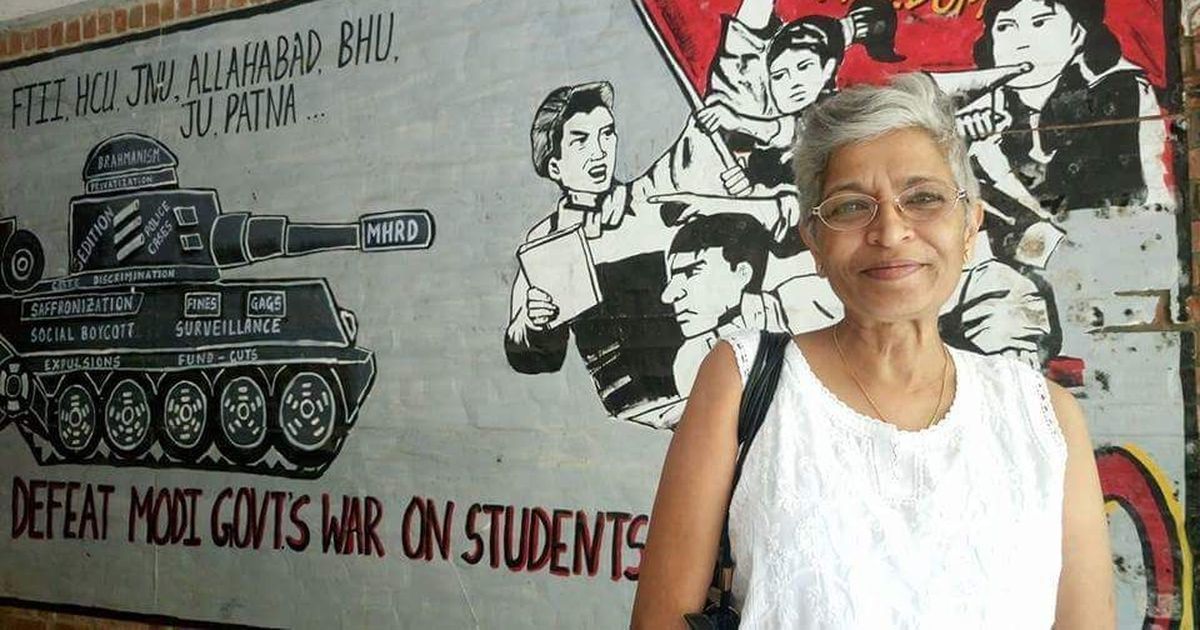 Gauri Lankesh (1962–2017) was the editor of Gauri Lankesh Patrike. Starting her career as an English language print journalist, she worked for the Times of India and Sunday magazine, and was chief of bureau, ETV News, New Delhi, in the 1990s. In 2000, after her father P. Lankesh’s death, she took over  the editorship of Lankesh Patrike, the weekly tabloid that he had founded in 1980. She became a recognizable figure in the social movements of Karnataka after joining the Karnataka Communal Harmony Forum in 2003. The Forum countered the Sangh parivar’s campaign to take over the syncretic dargah at Bababudangiri in Chikmagalur district. As an activist and journalist, she stood at the forefront of several struggles for justice, equality and love. She was shot dead outside her home in Bengaluru on 5 September 2017 by unidentified gunmen.

A selection of her writings spanning her career, in English as well as in translation from Kannada, has been edited by Chandan Gowda and published as The Way I See It: A Gauri Lankesh Reader.