Science to history: the Raman Effect 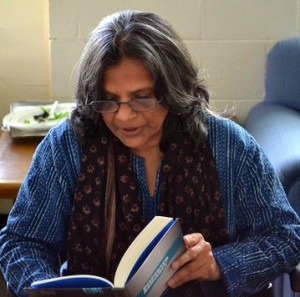 Abha Sur is part of the humanities faculty at the Massachusetts Institute of Technology. As a physical chemist, she taught the subject and also published several papers on laser spectroscopy, her field of specialization. Then, the focus of her research shifted, taking her from the lab bench to the library archives. She wanted to find out more about the life and times of India’s first Nobel Laureate.

Sir C. V. Raman’s (1888- 1970) name is immortalized in science because he demonstrated the molecular scattering of light – a phenomenon now known as the “Raman Effect.” When he won the Nobel Prize in 1930, India was still under British rule. Immediately after, he assumed the directorship of the Indian Institute of Science. In Independent India, Raman established a premier institute of research. Sur’s critical analysis of the larger effect Raman had on the nation’s science and scientists has taken the form of the book: Dispersed Radiance: Caste, Gender, and Modern Science in India. (New Delhi: Navayana, 2011).