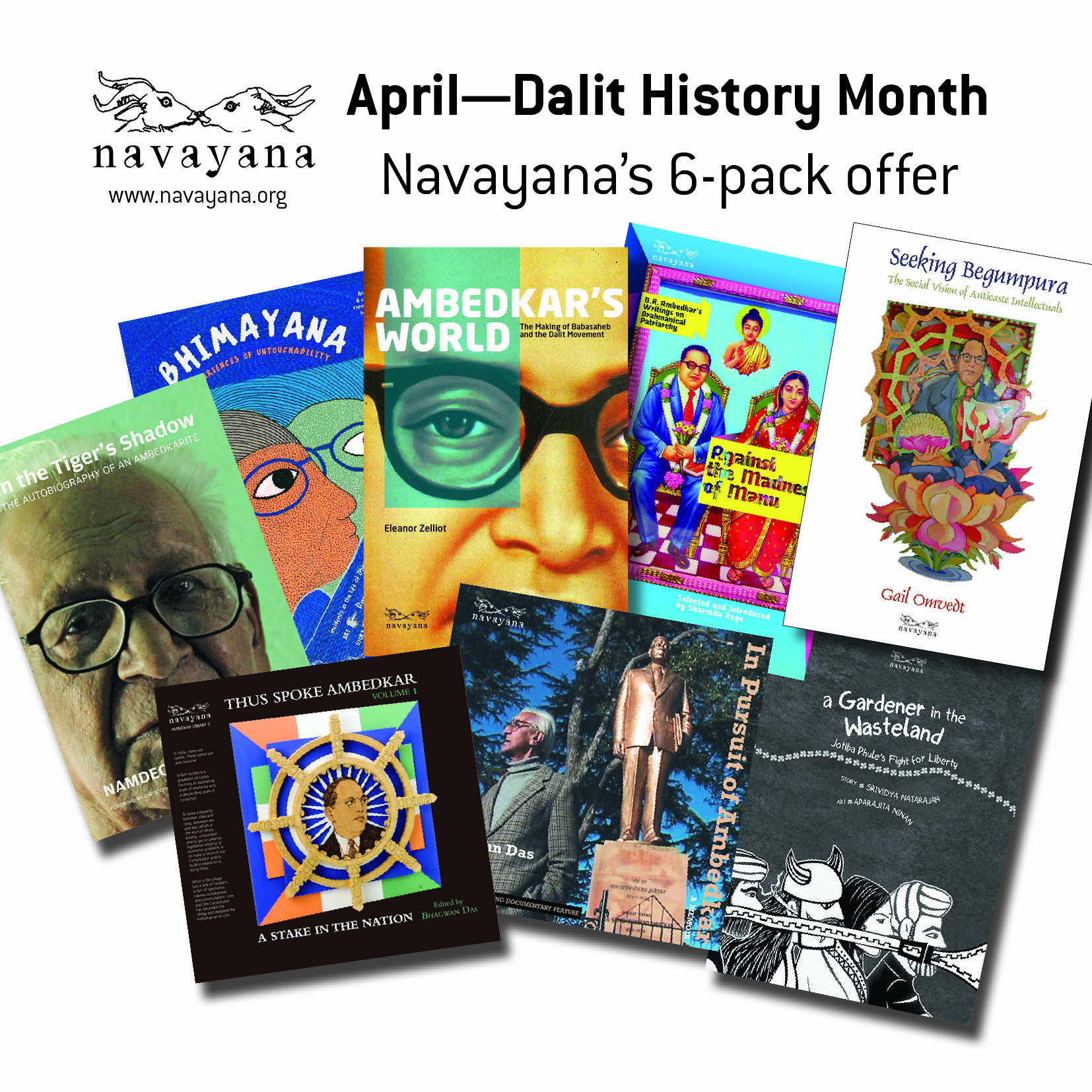 11 April is Jotiba Phule’s birth anniversary; 14 April is Babasaheb Ambedkar’s. If February is Black History Month, April is Dalit History Month. Choose any six of the following eight Ambedkar and Phule-related books worth Rs 2475. Pay just Rs 1500. The offer has been extended  till 5 May 2013 on popular demand (airmail worth Rs 225 within India will also be borne by Navayana).

1. Ambedkar’s World: The Making of Babasaheb and the Dalit Movement—Eleanor Zelliot—Rs 295

2. Against the Madness of Manu: B.R. Ambedkar’s Writings on Brahmanical Patriarchy—Sharmila Rege—Rs 350

5. In Pursuit of Ambedkar: A Memoir (with DVD of a documentary)—Bhagwan Das—Rs 175

6. A Gardener in the Wasteland: Jotiba Phule’s Fight for Liberty—Srividya Natarajan and Aparajita Ninan—Rs 220

7. In the Tiger’s Shadow: The Autobiography of an Ambedkarite—Namdeo Nimgade—Rs 350