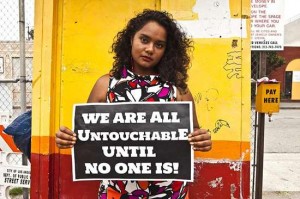 As India continues to stall efforts by the  Dalit caucus to recognise caste discrimination on a par with racial discrimination, the European Union has passed a historic resolution. Last month, 766 members of the European Parliament recognised that caste discrimination affects an estimated 260million people around the world, and called for, among other things, a “caste-based discrimination clause in all trade and association agreements.” Appreciating the public sector’s reservation policy, the resolution sought to promote affirmative action for Dalits and others similarly affected in the labour market and the private sector.

For the full text of the European Parliament resolution passed on 10 October 2013, see here.

Anand Teltumbde’s book, The Persistence of Caste makes the case that caste discrimination in India is like Apartheid.