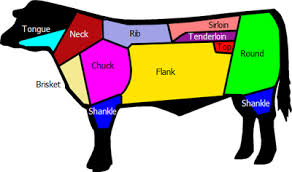 Navayana’s recent ad for an editor has generated quite a debate, online and off. Some have even accused us of being casteist, prejudiced, non-egalitarian, anti-democratic and generally given to the same tendencies as M.K. Gandhi. The Newslaundry carried one such critical piece recently, by a poet-turned-mechanical engineer-turned-poet—call it the Kal Chakra. We thought one of the comments on the piece was worth carrying in full here. Praise be to Reason!

The pretence is finally off. I will though, admit it wasn’t something which was all that unexpected. Hiding in his conscientious words of prior was the patronising Brahman, which in a moment of weakness has revealed itself. What riles me is not what you believe in, for that is your right. I am riled that someone with neither the training nor understanding of the society we live in happily swan sings his theories on Indian society.

The rebuttal therefore, is not so much for the author who very humbly seems to be in great need of a few elementary lessons on Indian society but for the readers; lest they think that Sakia’s reading is the only and final one.

“for all of Navayana – and S Anand’s – “anti-caste perspective”, the ad is outright casteist and reeks of the same Brahminical exclusivity that it claims to be fighting. In fact, it is much more than that. It is megalomaniacal and suggests a highly inflated (and disproportional) sense of self-importance.”

Very simply, casteist means someone who exercises discrimination on the basis of caste. Here the reference is to two sets of people owing ideological allegiance to Ambedkar and Gandhi respectively, namely Ambedkarites and Gandhians. As I guess, you do recognise that Ambedkarites and Gandhians aren’t members of caste groups but adherents of distinct political philosophies. While most Ambedkarites are indeed from the subaltern (though not all) similarly, Gandhians could be from any of the myriad caste groups we have; so, I wonder why this contrivance to paint a purely ideological differentiation as casteist?

“Also, the fact that Anand mentions preference will be given to Dalit candidates is utterly hypocritical. Yes, Navayana has published some great work but it has gained more than a fair amount of traction by virtue of being publishers of Arundhati Roy’s edition of Annihilation of Caste. Roy’s father was an upper-caste Bengali and her mother a Syrian Christian from Kerala.”

I wonder what is so hypocritical here. Since, you are so pigeon headed let me give you an example. Have you seen that brick lain college with an engraved cross in North campus? They have a clear policy that preference will be given to Christian students (to a certain limit), though, most of their teachers are Non-Christians. Did anyone call them hypocritical?

Actually, this is the Brahminical hypocrisy that you so amply demonstrate. So long as an institution nourishes you, becomes your alma mater (read mother cow) it’s all very well but the moment they try to spread their beneficence beyond you, they sudden become hypocritical.

Well, beyond the semantics of all this, what you are actually trying to put forth is the hackneyed and discarded argument of “merit”; only that you have built this artifice of hypocrisy to mask you real intent.

“Finally, what’s with the beef-eating clause? How many Dalits even eat beef for that matter? Or are we just talking about steak-loving Ivy-League returned ones? I may be “well-read in matters related to caste and the dalit movement” (and an Ambedkarite) and yet not eat beef. A choice that could have its origin in my love for animals, and not the scriptures. And also as someone from the northeast pointed out on Twitter, what about pork eaters? Eating beef in India, in any case, is more contingent on region and religion than caste.”

This paragraph, I will have to admit takes the cake or should I say the steak for the abject poverty of intellect it demonstrates.

You wonder, “what’s with the beef-eating clause?” Perhaps you should have taken this as a cue that the advertisement was not meant for you. The edificial strength of the caste system lies in its demarcation of the sacred and profane and the adherence of it by the people in its fold. This extends to all walks of life including food. So, the cow is sacred, eating beef is profane.

In contemporary Dalit movement, food (especially the eating of beef) has become the essential metaphor for both contestation of the caste edifice as well as assertion of a pre-sanskritised existence. And lest you think it is some small matter let me tell you that in 2012, Dalit students at a university in Hyderabad were assaulted, some pretty grievously, just because they had brought beef into the dining hall to eat.

Instead of appreciating the larger import, what you chose to understand was the most literal of meanings and that too wrongly. Anand by making the reference to eating of beef was merely suggesting that he assumes all beef eaters challenge the rationality of caste. But you construed it otherwise. For you, to be challenging the rationality of caste one has to be a beef eater. This Mr. Columnist is a logical fallacy. If All A are B, it is not necessary All B should be A.

You further implore, “How many Dalits even eat beef for that matter?” There is no stopping you now, wearing the sociologist’s cap you propound, “Eating beef in India, in any case, is more contingent on region and religion than caste.” I am most certain that reading this would make any self respecting sociologist cry tears of blood. Well, I am not a sociologist so I would be a little indulgent.

Your own bio states that you are a mechanical engineer, certainly not the kind of training that equips one to make pronouncements of the kind made above. Thus, it can be fairly assumed that at the very least, your understanding of Dalits and their habits and practices is anecdotal. And it is precisely because of this that this social commentary of yours is hugely problematic.

It is pretty hard for me to gauge if you have any acquaintances who are Dalits, even if there are a few they would most certainly be middle class Dalits who have been sanskritised. For the author and the uninitiated, Sanskritisation is a process whereby the people in the larger Hindu fold with time and improvement in economic status start to imbibe habits and practices of the ideal as fixed by the group at the top of the caste hierarchy.

The simple fact is historically the Upper Castes have given away their dead cattle to the Dalits, who then have skinned it for leather and the meat for food. And as beef has for most of the time remained the cheapest available meat, it is but natural that it is a main source of diet for Dalits. The Dalits who have been able to get away from traditional professions have abjured such food habits, the kind that you probably have encountered and base your conclusions upon.

The fact though, remains that the predominant number of Dalits still lives in poverty with its traditional habits and practices in food. Well, you might ask if that is the case then why is it that you don’t see or hear about it? That is because most of the Dalits in India are unseen and unheard. Their homes pushed to the end of villages and their voices muzzled. So, don’t worry if you don’t find the recipes of their beef curries in the cook books of your super markets. This continued anonymity of the Dalit is the enforced silence of the Brahminical order, cowed in its fear that the getting out of the “deviance” of the Dalits would rupture the linear narrative of a “Hindu culture”. The same narrative that made you ask, “How many Dalits even eat beef for that matter?”