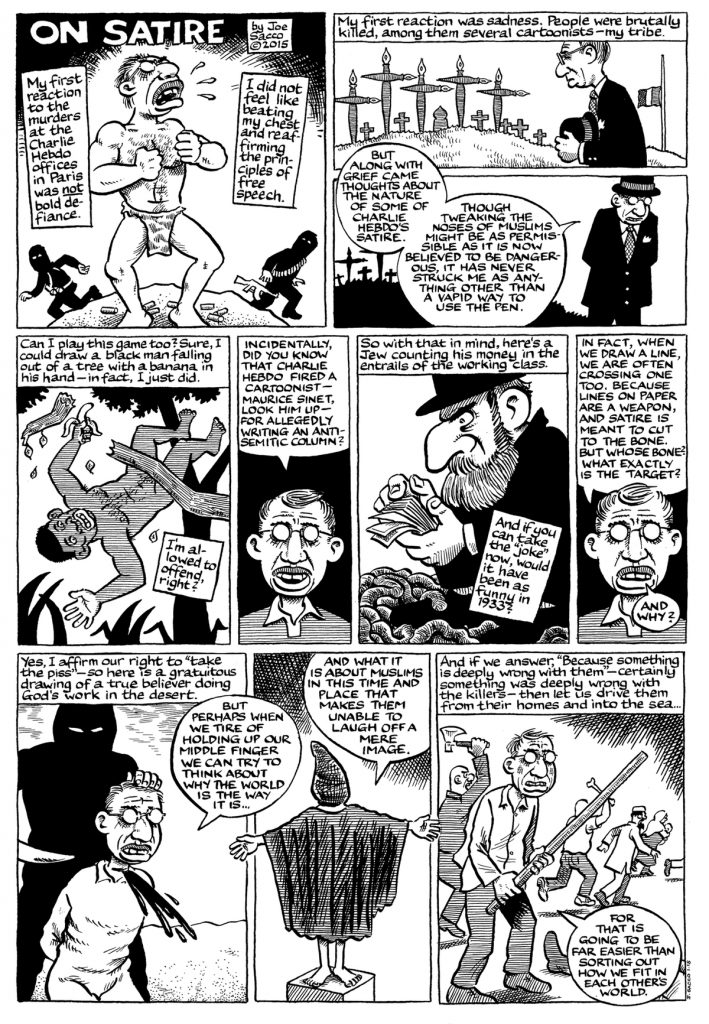 There have been many responses to Charlie Hebdo. People have rushed to mourn this as an assault on freedom of expression and humanity. The right to offend is talked about yet once again as an abstract right. Can words and images be as offensive, or sometimes more, than bullets and bombs? We could ask the people of Afghanistan. The people of Kashmir, of Palestine. Of Jaffna and Bosnia. Joe Sacco offers one of the most thoughtful responses to Charlie Hebdo in the Guardian. Sacco, in his work Palestine, had shown us how to draw and write about people we are not. He showed us how to represent everyone else even when we put ourselves in the story, like Sacco always does.

Sacco, along with Chris Hedges, also showed us, in Days of Destruction, Days of Revolt, how millions of American poor die every year—Blacks, Hispanics, Whites—because the United States is one of the most oppressive and racist societies when it comes to maiming its poor. Americans in these ‘sacrifice zones’ also do not have any freedom of expression. They are sacrificed at the altar of profit.

Among other responses that helps us make sense are Gautam Bhan wondering what we can write today, and Tariq Ali warning us against short-cuts. 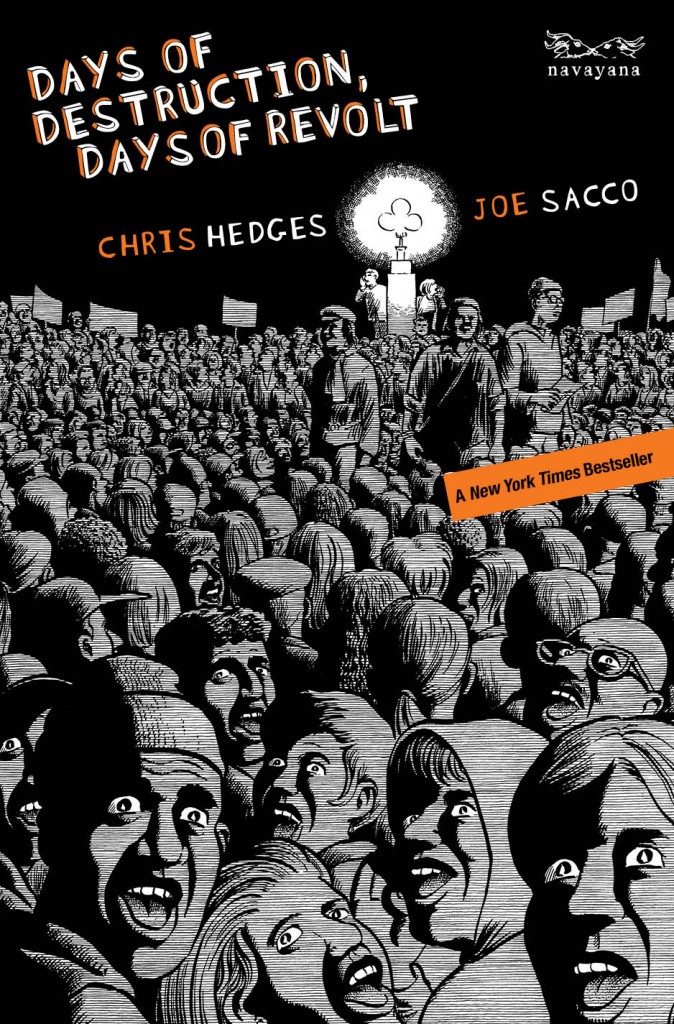