The jamboree called the (Zee) Jaipur Literature Festival—brought to you by Rajnigandha, the pan-masala not the flower—gets louder every year. The 2015 edition saw Ali Cobby Eckermann take on Jaipur after delivering the Navayana annual lecture in Kolkata and Delhi. 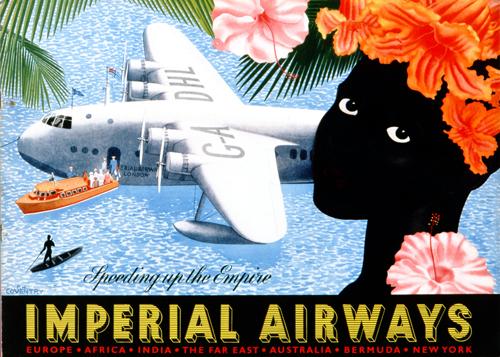 The sessions she participated in along with other writers, including the poet Lionel Fogarty and Navayana author Meena Kandasamy were rather effusively titled “Take Power” and “Writing Resistance: of Battles and Skirmishes” just like many more held at that cozy venue: The British Airways Baithak. The irony of the choice of sponsor seems to have escaped many despite the walls donning vintage posters of the then Imperial Airways proclaiming “Speeding up the Empire”. The sessions ranging from Indian cricket to international terror went on uninterrupted like they do every year, no matter who the financiers are.

Caryl Ferey, a French crime fiction writer, stuck out like a sore thumb when in conversation with Ali and Lionel, two established Indigenous Australian writers and activists in their own right. The rationale seemed to be that he has published a ‘Maori Saga’, a trilogy based in the heartland of New Zealand where he spent some years feeling “like an insider” and coming to believe that “any publicity is good publicity” by featuring the Maoris in his writing. Ali and Lionel tried to stress on the dissimilarity of experience when it comes to the Aboriginals and their neighbours especially with regard to state legislation. A blanket understanding of the “dark relationship with the colonized” as Ferey’s book blurb reads falls tragically short.

To make sense of Ferey’s presence, the interviewer asked whether or not a writer should have complete freedom to write, to which Ali succinctly replied, “As a writer you are free to write whatever you want, but as an Aboriginal writer my concerns are different. There needs to be a legacy for my children, I need to create something for younger Aboriginal writers. And that’s the difference of privilege.” She went on to say, “Poetry, as always, is a way of healing. We’ve been conquering English ever since the English people came here. It is a poetry of protest—to use language with ‘their English’. When I first picked up Language, I used only nouns, it was then I realized how important the act of naming was, and the kind of violence-in-language we have been subjected to for years.” 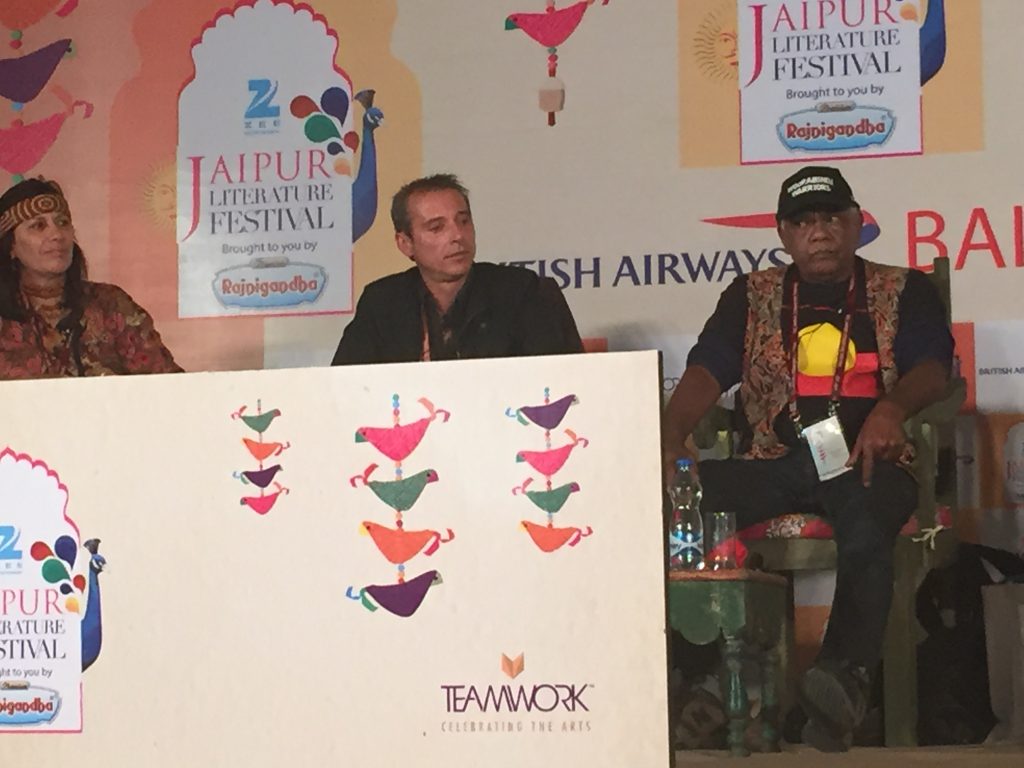 The next day rain befell Jaipur and amid the mayhem, sessions were shortened to half an hour each at the covered venues. Amongst a horde of stomping, swearing authors Ali seemed to realize that prolonged rain falling on a parched desert state is surely, above all, an occasion for happiness. Despite the time crunch, she spoke convincingly on how the desert landscape of her homeland inspires her poetry and how the natural world is richly observed for both its beauty and its cruelty. It is always a matter of perspective, she said. Her friends back home found parts of the memoir hilarious but most readers are stunned into sadness on reading Too Afraid to Cry because of the weight of the guilt they bear within. The session included Hindi novelist Mahua Maji whose novels Marang Goda Neelkanth Hua and Me Borishailla focus on the nuances of tribal life and the collateral damage of development, and Meena Kandasamy whose Gypsy Goddess is based on the Kilvenmani massacre where protesting Dalit farmers were burnt alive by their landlords. Ten minutes per speaker was in no way enough to engage with the theme. To compress time, Ali read out a short poem that clinched it perfectly.

in tune with the rifles

Wildflowers will not grow

where the bone powder lies