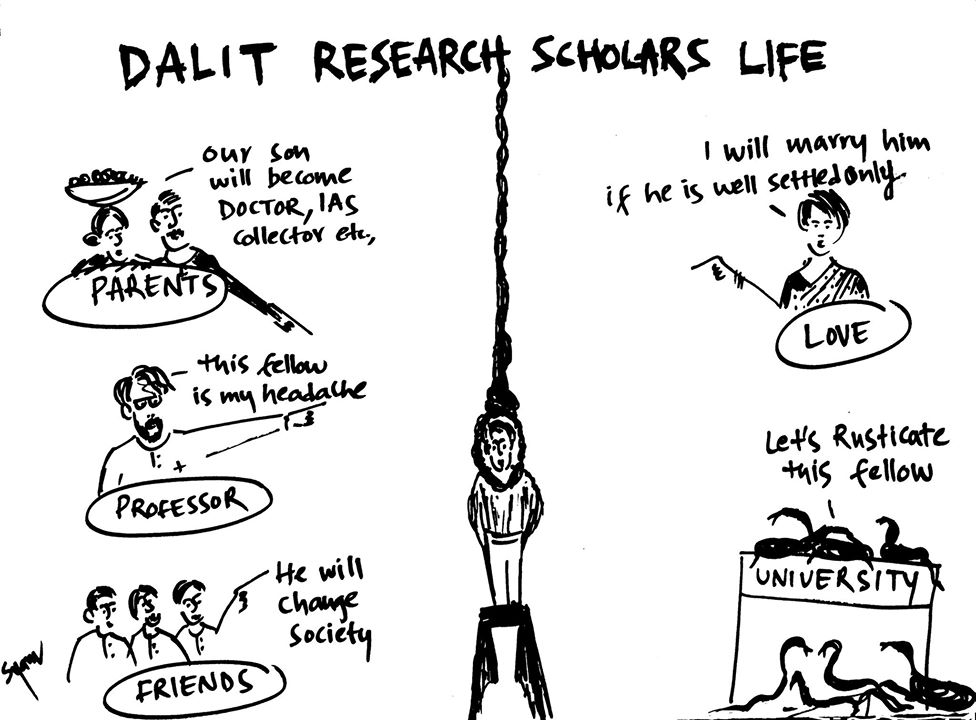 The conversion of caste capital into cultural capital is an age-old brahmanical story. As Chandra Bhan Prasad explains,

After Macaulay’s system of education came into being in 1854, British officials were faced with a unique problem: in order to keep the system going, they had to constantly bring down the pass percentage of Indian universities. At first, there were only two classes — First Class with sixty percent, and Second Class with forty-five percent. The Tamil Brahmins of the time prayed before the Governor General that a Third Class be introduced. Realizing the need, it was, and the pass percentage was brought down from forty-five percent to thirty-three percent, enabling more Indians to barely graduate according to this report of the Indian Universities Commission of 1902. This document also shows the examination results of Calcutta University for twenty years (1901–1920). The author has similar documents for all seven universities of the time. The first and second generation Dwija students were an army of Third Classers.

At the time, not a single student from the Depressed Classes was enrolled. Ambedkar had to study abroad—something Rahul Gandhi flippantly likened to the escape velocity of Jupiter. The irony that the likes of Gandhi refuse to notice is that Ambedkar also had to wait for a visa back to his country all his life. Plus ça change, plus c’est la même chose.

The UGC gazette of May 2016 enacted through JNU’s new admission policy makes the written exam—where the extant system of deprivation points given to students from rural districts helped counter the urban bias of reservation—only a qualifying paper. What the members of the Birsa Ambedkar Phule Students Association (BAPSA) have been suspended over, with one activist on hunger strike being force-fed in AIIMS, has been implemented—instead of reduction in the weightage given to the viva, it has been increased to a full hundred percent. 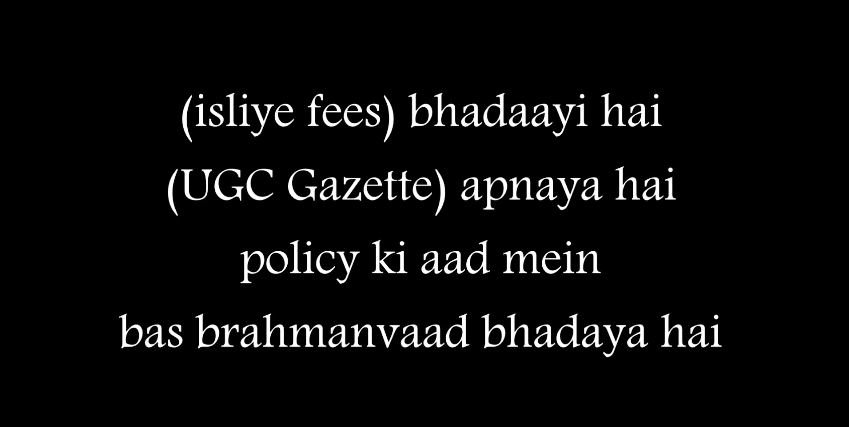 Watch this video by student activists accurately called Perform or else: the viva rap to be reminded of the motives such policies in higher education conceal, for it is the same regime that abetted the institutional murder of Rohith Vemula that we are talking about.

The benefits of caste privilege are so naturalized that what passes for competence is never scrutinised as undue entitlement. Hence, the misnomer of merit—the so called ‘general’ and the reserved. Institutional recognition and academic qualifications make cultural capital a currency more easily traded in the marketplace, which is perhaps why caste has had no problem adapting to a neoliberal reality.

The preachers of merit today are the successors of the first two generations of third-classers, ensuring that the first few generations of the less privileged educating themselves are stopped. Read closely, the demand they’re making is that the wealth they possess is theirs not because they created it, but because they inherited it, and they will continue to reserve hundred percent of it for their kin.