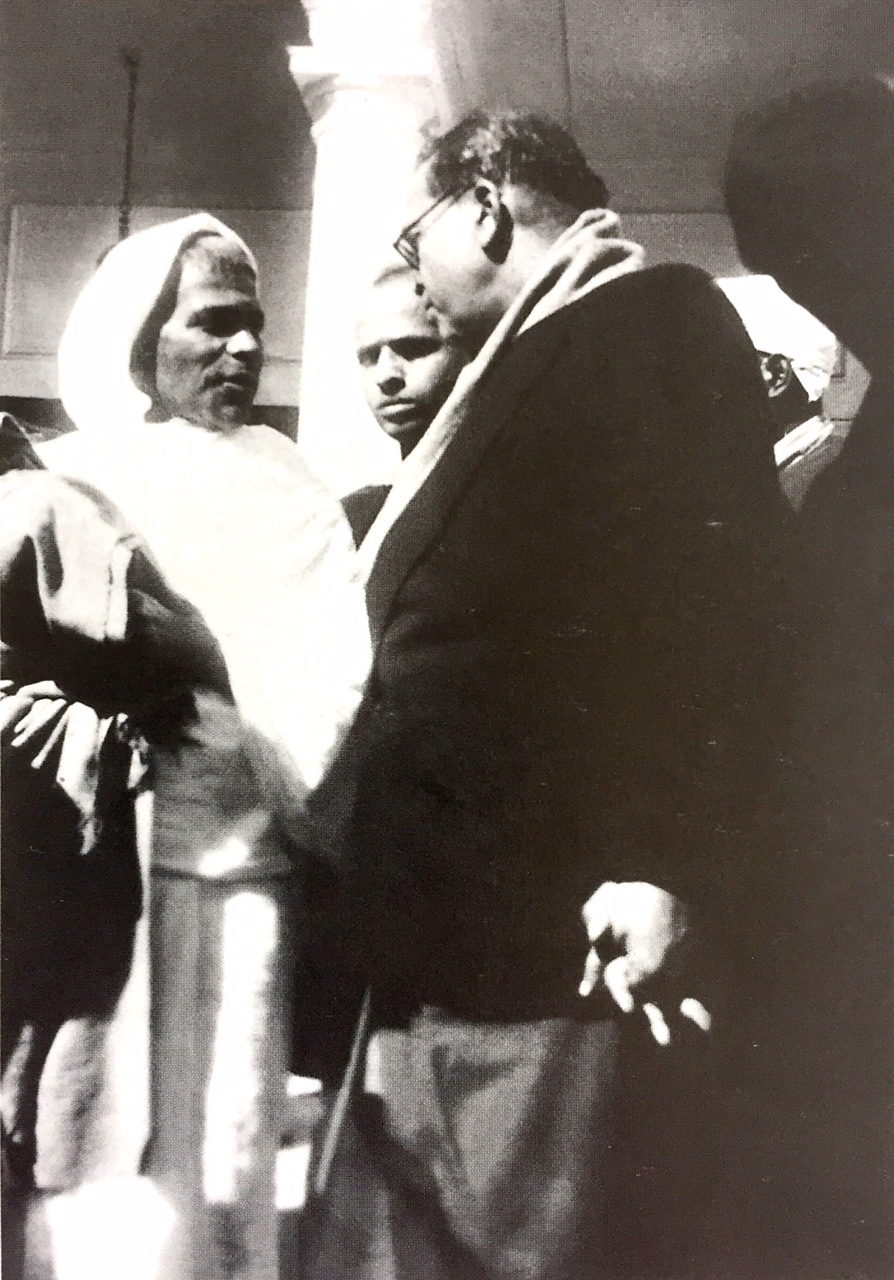 ‘Grant me the carving of my name’

Given the general apathy of book review editors towards Ambedkar-related books, we are pleased that Ambedkar: The Attendant Details has managed to get some attention—two generous reviews in Huffington Post (30 April 2017) and Business Standard (18 May 2017). Archis Mohan’s careful reading of the book drew a response on the letters page of Business Standard from R.C. Mody, who shared his memories of the Gandhi–Ambedkar relationship :

It reminds me of two occasions on which I got the opportunity to know about this often-talked-about relationship. My two impressions are at odds with each other.

The first occasion was in the mid-1940s when Ambedkar was addressing a public meeting in Hindi, probably in Agra. He recalled the Poona Pact of 1932, the harm it had done to the untouchables and how he had to sign it to save Gandhi from dying. The words in which Ambedkar chose to address Gandhi were far from respectful.

The second occasion was on February 1, 1948, a day after Gandhi’s funeral. I had gone to Birla House to see the spot where he was assassinated. As I was approaching it, I was gently stopped by someone to make room for a VIP. I saw Ambedkar accompanied by a woman, who became his wife a few days later, flowers in hand, reverentially moving towards the same destination.

Over the years since Mr Mody’s retirement from the RBI—after a distinguished career that included the principalship of its Staff College—he has shared various memories of the early post-Independence days with readers. He has that flair for the telling detail which is the draw of any eyewitness account. For instance, he remembers standing in front of the Red Fort the morning of 16 August 1947 (not 15 August,
of popular recall) watching Nehru hoist the flag and give his first public speech as Prime Minister, amid a crowd—‘not unmanageable, as many people had not found out about the event in time’. He remembers shivering as Nehru mentioned India’s population of 33 crores, down from 45 crores just days previously. In the same crowd were Mody’s friends from college in Lahore, all unsure on which side of the border it would fall (the Radcliffe Award was still a couple of days in the future). He was not to return to his college till 52 years later.

And now comes this memory of a flower-encumbered Ambedkar in reverential progress towards the site of Gandhi’s assassination. On 1 February 1948. In company with the lady who was to become his wife a few days later. It is certainly vivid and precise, but this time in the way fiction so often is. For there exists a letter from Ambedkar in Delhi, to Dr Sharda Kabir in Bombay, dated 1 February 1948 (reproduced in Vijay Surwade. 2013. Dr Babasaheb Ambedkaranchya Savleecha Sangharsh. Thane: Tathagat Prakashan, 114–5). It is a distraught letter, as their relationship was in a rough patch, nor was he at all well. He had paid a dutiful visit to Gandhi’s body at Birla House the previous day and followed the funeral cortège some way before turning back. There is a photograph of him on the steps of Birla House, clutching the hand of a figure in shadow, a walking stick in his other hand. He was to present the draft of the constitution a few days later and looks—as he no doubt felt—exhausted.

Ambedkar certainly didn’t rejoice at Gandhi’s death. Pace Mr Mody’s other memory of the rally ‘probably in Agra’, you’d be hard put to find Ambedkar being vituperative about even a living antagonist, let alone a dead one. But it is futile to look for secret reserves of affection towards Gandhi in him. That several memoirists of Ambedkar—The Attendant Details notes U.R. Rao and Vincent Sheean—were afflicted with this tendency does not alter the case. Not when the case was presented categorically by Ambedkar himself in What Congress and Gandhi have done to the Untouchables (1945), and Mr Gandhi and the Emancipation of the Untouchables, both available in Volume 9 of Dr Babasaheb Ambedkar Writings and Speeches. It would be quicker to have a listen to Ambedkar’s BBC interview of 1955 where he speaks of how Gandhi ‘bared his fangs’ to him. 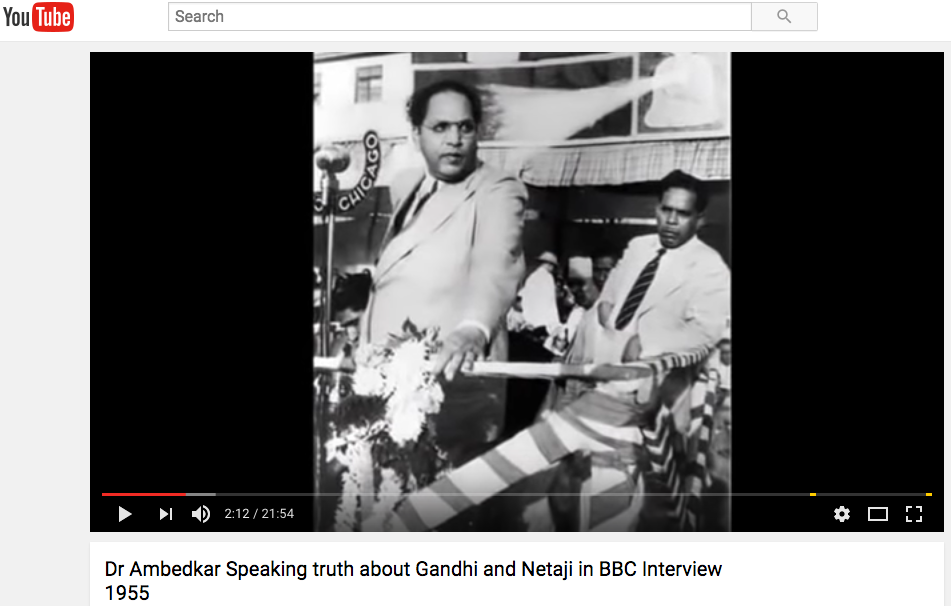 The first quintet of Carol Ann Duffy’s ‘Richard’ closes with the words, ‘Grant me the carving of my name.’ This caveat seems necessary given how quickly such controvertible eyewitness accounts can transform in some years to arrive as footnotes in a nationalist history that requires an intimacy that perhaps never existed between Ambedkar and Gandhi. And then, in exasperation, we join those who often ask: can we speak of Ambedkar for once without bringing up Gandhi?