A Victory for Anbu Nagar

“They were treating me exactly as they treated one another. This is not to say they saw us as identical. Too much separated me from them for that to be possible: my skin color, the fact that I did not suffer as they did, that at the beginning my command of Tamil was rather mediocre. I was different from them, but it was a horizontal difference, not a vertical one. I was different, but not a social superior. That I should have been accepted to this extent was not because they recognized something special in me. It was entirely accidental. Whether because I happened to be of foreign birth, because my entry was unburdened by introduction from high-ranked outsiders, or some combination of these things, I cannot say. But I am grateful for it because it meant I was halfway there—not to becoming “one of them” but to being allowed to hear what they had to say about the dominant society and their moral critique of it.”

At first glance, Nathaniel Roberts’ book To Be Cared For: The Power of Conversion and Foreignness of Belonging in an Indian Slum—that has just won the Bernard Cohn Book Prize awarded by the Association for Asian Studies—appears to be an exercise in the western fascination with third world poverty. Here is a white man who has come to study the life of slum dwellers, he lives with them, is troubled by their condition—unlike most privileged Indians who spend their lives without ever stepping into one. He is also extremely aware of his position as an outsider, a westerner gazing at the ‘wretched of the earth’. But such awareness needn’t necessarily be enough to transcend the rubric of western condescension—Katherine Boo’s much-feted book, Behind the Beautiful Forevers, bears testimony to this instinct, where the fictive approach is adopted for a narrative nonfictional work, with even cameras admittedly installed in some of the homes of Annawadi slum to capture the moments the author couldn’t while conducting her recorded interviews along with upper-caste researchers, native informants and translators.

However, Roberts’ deep and political investment with his subjects results in a compelling tale of empathy while also maintaining an astutely analytic perspective of what became his home for the duration of his research, Anbu Nagar, a dalit slum to the north of Chennai. Rather than suppressing his foreignness he uses it to open up a new space of acceptance. He is put in the unique position of being outside the local dispensation which makes him the void into which the residents of the slum can scream their anxieties. Through this he is able to glean the functioning of both the caste and class reality of life in a slum.

To Be Cared For throws up several counterintuitive lessons, especially for an Indian reader. With a predominant dalit population which has converted to Pentecostal Christianity—engendering several situations where a husband remains Hindu while the wife a Christian—the situation in Anbu Nagar seems straight out of a Hindu nationalist’s worst nightmare. Resisting the Gandhian urge of accommodating themselves within the socio-cultural unity that is Hindu India, the residents construct an emancipatory vocabulary through Christian religious practise, much like their Latin American counterparts. They have no qualms about accepting foreign aid, wearing the stereotype that the nationalist types force on them with pride. The combination of their suffering and the redemptive discourse they have adopted lends a strong sense of morality to social fabric of Anbu Nagar. For them the discrimination they face is a moral lapse of the system and of the people who benefit from it. 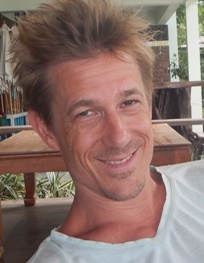 An interesting observation Roberts makes is how the women of the slum display different attitudes towards premarital sex and alcohol consumption when they are interviewed by moneyed NGO workers from a different part of town as opposed to when they are talking to him. They seem to be more easy-going and less traditionalist in their day to day conversation with Roberts, who by becoming their neighbour was a fixture of their everyday life. Rather than reductively chalk up their candidness with him as their authentic truth, Roberts rightly observes that both their opinions are their truths. They aren’t merely robots with encoded behaviour that remains static, but subjects who are fluid as they move about in the world.

Unlike say Julian Hollick, the eminent radio producer who created influential audio documentaries about the struggles of slum dwellers in Mumbai’s Byculla, Roberts completely relies on words. Now this may seem like a facetious point, seeing as he is obviously the author of a book. But somehow the strength of his writing becomes clearer when you juxtapose him against Hollick’s use of the audile form. In the radio documentaries the voices of the people force the listeners to bring forth the baggage of their prejudices. But Roberts strength is such that he uses the written form as a blank canvas where the residents of Anbu Nagar are equalised as fellow human beings. Their suffering becomes a universal suffering. It is Roberts’ specific ability and his lack of condescension which allows him to use the words on the page to carve out the authentic voice of the people.

Three voices seem to underlie the book. Roberts write of his own voice, he writes of the voice of the residents, and he also writes of himself observing them observing his voice. This lends authenticity to his sense of empathy. He becomes increasingly aware of what they think of him, he becomes their equal. He has a stake in their experience of his presence.

It was a pleasure for Navayana to publish this anthropological investigation. It now gives us even more pleasure that Nathaniel Roberts has won the Bernard Cohn Book Prize awarded by the Association for Asian Studies. The prize is given for outstanding scholarship to a debut academic monograph on South Asia. When Roberts was finally leaving Anbu Nagar his neighbours had one request: To take their stories out into the world and to narrate them with accuracy. Seeing as how Roberts has succeeded in doing this very thing, the prize doesn’t merely belong to him. It is a victory for all the people of Anbu Nagar who populate the book’s pages.

You can read Nathaniel Roberts’ interview about the book with the Association for Asian Studies here.