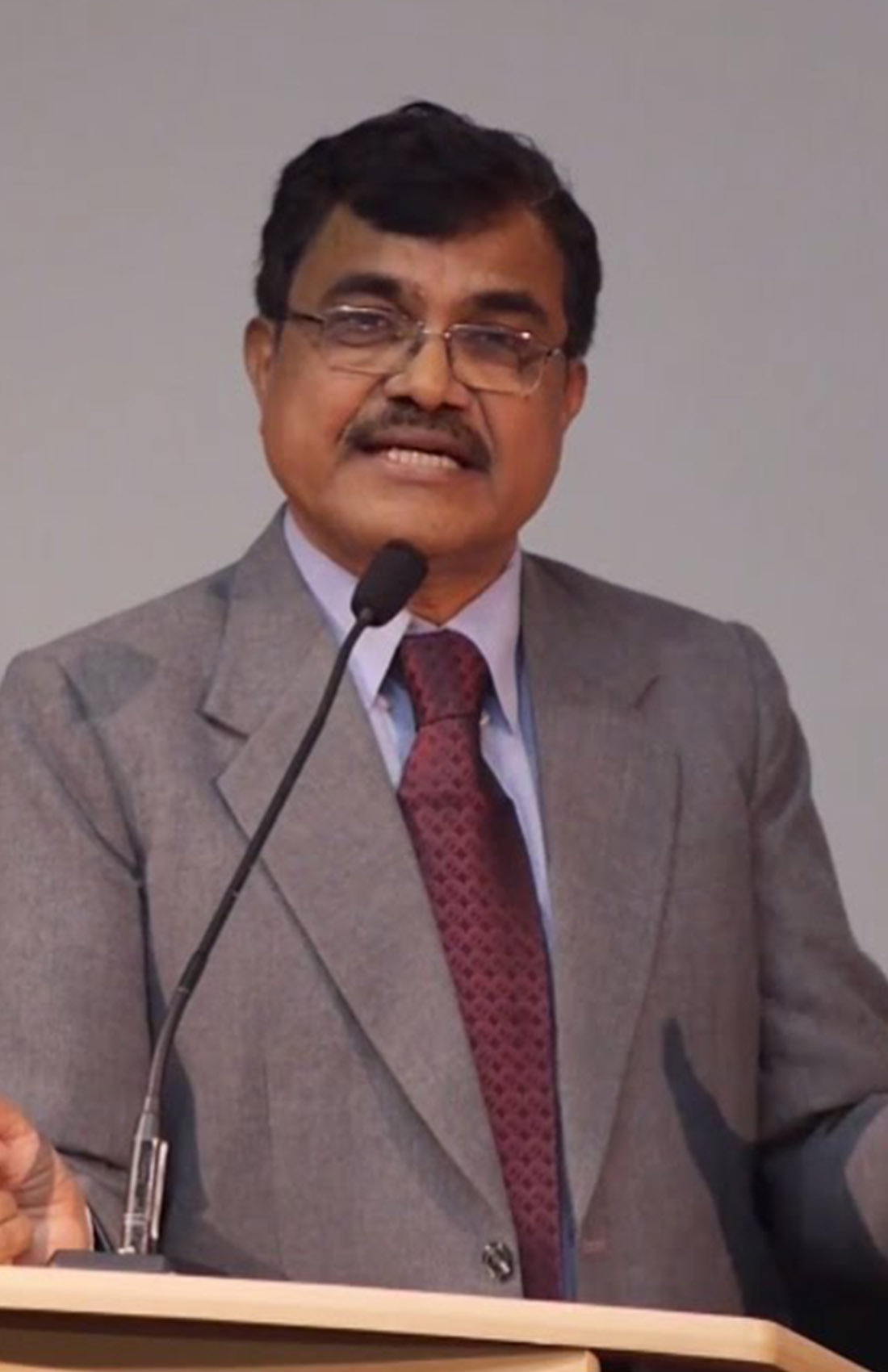 On the Morning of 28 August 2018, armed police vehicles pushed their way into the premises of Goa Institute of Management and conducted a search in Anand Teltumbde’s house. This was one in a series of attempts made that day to arrest and intimidate activists and writers: other names include K Satynarayana, Varavara Rao, Arun Ferreira, Gautam Navlakha, Sudha Bhardwaj, Vernon Gonsalves, Susan Abraham and Father Stan Swamy.  Teltumbde, who has been an incisive critic of all manifestations of power that have cropped up in post-independence India, was away in Mumbai when the incident occurred. Ironically, just months previously Navayana had brought out his book, Republic of Caste, in which he detailed how and why the government repeatedly slapped charges of maoism on anyone who expressed dissent and bogged them down through endless legal battles, not to speak of the violence meted out within the sanctum of the Indian jail. An extract from this chapter, “Manufacturing Maoists”, can be read here.

I had just woken up somewhat late, tired after a late-night flight. There were several missed calls from Prof Ajit Parulekar, who is a colleague and the director of Goa Institute of Management where I work as Senior Professor and Chair, Big Data Analytics. I was shocked to learn from him that the Pune Police had reached the campus and were looking for me. He told me that he was rushing to the campus and would let me know the developments.

I had come to Mumbai for an official meeting which was to happen at 10 am and hence I had to rush for it. By the time I was through there were a spate of calls on my phone which had been on silent mode. By that time, all the TV channels were flashing the news of nationwide raids on the houses of activists and intellectuals, and arrests of some of them. I called up my wife who said that our house also had been opened and searched according to the TV reports. She was obviously scared and had already booked the tickets for both of us at 3.45 pm. I asked her to hold on and consulted a lawyer friend who advised that the house needs to be checked by one of us for whether the police had planted any object as an alibi of search. He also suggested that a complaint needed to be filed at the Police station to that effect. As I had some work planned in Mumbai, I asked my wife to cancel my ticket and to go to Goa. She reached Goa and took the help of a lawyer friend and filed the police complaint.

Later, when I called the director and asked him how the key of the house was given in our absence, he explained that before he reached the campus the police had done everything. They met him and handed over the Panchnama, a scan of which he mailed to me through his secretary. He said that he had read it and there appears to be nothing in it.

One of my colleagues, Prof Krishna Laddha, senior professor, who happened to meet the police, narrated whatever he knew. The police had threatened the security guard to get the key and asked him to open the door. Prof Krishna told them that they should wait for the director to come before they opened the door. They rudely retorted that the person accompanying them had the authority to issue a search warrant. He informed me that the house was opened by the security guard. One or two police officials along with the security guard and a videographer entered the house and came out within four to five minutes and the security guard was asked to lock the door. There being an important meeting in the office, Prof Laddha left and he does not know whether the house was opened again.

I spoke with Prof Vishnu, who stayed opposite my house. He narrated similar things but said that the eco clean lady saw some plastic box being taken away from the house.

My wife, after reaching Goa spoke with security and got the horrific description of the entire process. In the morning hours, a police van accompanied by two other police vehicles barged into the campus. They took away all the cell phones of security personnel and disconnected landlines. They enquired about me and picked up one security person from the main gate for showing the house. At the second gate they repeated the same, taking away all cell phones and disconnecting the phone line, and came over to our house. They threatened the security guard to get the keys. He brought the duplicate keys and the process of opening the house took place as described above.

The entire process was conducted as though I was a dreaded terrorist or a criminal. The police could have enquired with me whatever they wanted to, either by sending a police official or calling me to the Police Station. But the entire intention was and remains one that creates an atmosphere of terror and projects me as if I have already done some dreaded crime. All my information is in public domain. I have been a meritorious student throughout, excelling at prestigious institutes of the country including the hallowed Indian Institute of management (IIM) Ahmedabad. I did my doctorate in Cybernetics and have worked my entire career in the corporate sector, rising to be the Executive Director of Bharat Petroleum Corporation and subsequently the Managing Director and CEO of Petronet India Limited, a holding company in private sector.  Unusually, while living my corporate life, I published over 20 research papers in prestigious journals. After my corporate stint, I was invited to be a Professor in another top institute of the country, Indian Institute of Technology, Kharagpur where I taught business management courses for more than five years before coming over to Goa Institute of Management in July 2016 as Senior Management. I head the institute’s Big Data Analytics programme, and have launched a post-graduation course this year, the first of its kind in the country.

This professional life has been engaging enough but with the intention to contribute towards creating a just society, I have been making my intellectual contributions by way of writing and speaking in public for the past three decades. Through this process, I have written 26 books, which are published in India and abroad by prestigious publishing houses such as Zed books, Routledge, and Penguin RandomHouse. I have also written hundreds of articles along with a regular column, ‘Margin Speak’ in the prestigious Economic and Political Weekly. All my writings get regularly translated and published in most Indian languages and even abroad. Most of these articles are available on the net and all are in public domain. I have delivered hundreds of lectures across India and abroad. I was twice invited by US universities for lecture tours. I have been performing this role of a public intellectual for all these years, winning me several laurels, awards and honorary doctorates from universities.

I have been an activist since my student days, as a student leader, and later as civil rights activist. In course of time, I got associated with many organizations, none of which advocate violence or do unlawful things. For instance, I am General Secretary, Committee for Protection of Democratic rights, Executive Member, Coordination of Democratic Rights Organizations, Presidium Member, All India Forum for rights to Education.

Of course, in my role as a public intellectual, I have been critical of the policies of the government which I voiced in not a superficial way but with scholastic discipline. I am definitely critical of the present regime but unlike many others, fault the entire post-colonial construction of the state for its rise.

As for insinuation of my connection with Bhima-Koregaon or Elgar Parishad, I happened to write a critique of the Bhima-Koregaon episode published in The Wire incurring the ire of many dalits all over the country. As regards Maoism, I have written books (for instance Anti-Imperialism and Annihilation of Caste, Introduction to Ambedkar’s India and Communism, published by Left Word, and even Republic of Caste published by Navayana, in all of which I criticize their practice and reliance on violence.

I, like many other people who have been targeted, was not even in the conference. By what stretch of imagination, could I have even been suspected to have connections with these things? The entire episode is based on a letter the police produced, the authenticity of which is far from established. Many people have already expressed serious doubt about its veracity. And on this basis, the police are targeting summarily all intellectuals in the country. They are misusing the draconian laws like the UAPA to terrorize people into silence by targeting select intellectuals and activists.

I urge the judiciary to take note of the monumental harassment and torture of innocent persons like me who are pushed to endure without any iota of wrongdoing on our part.

I also urge the people of my country to judge for themselves from the foregoing whether I deserve the treatment that I was made to meet.