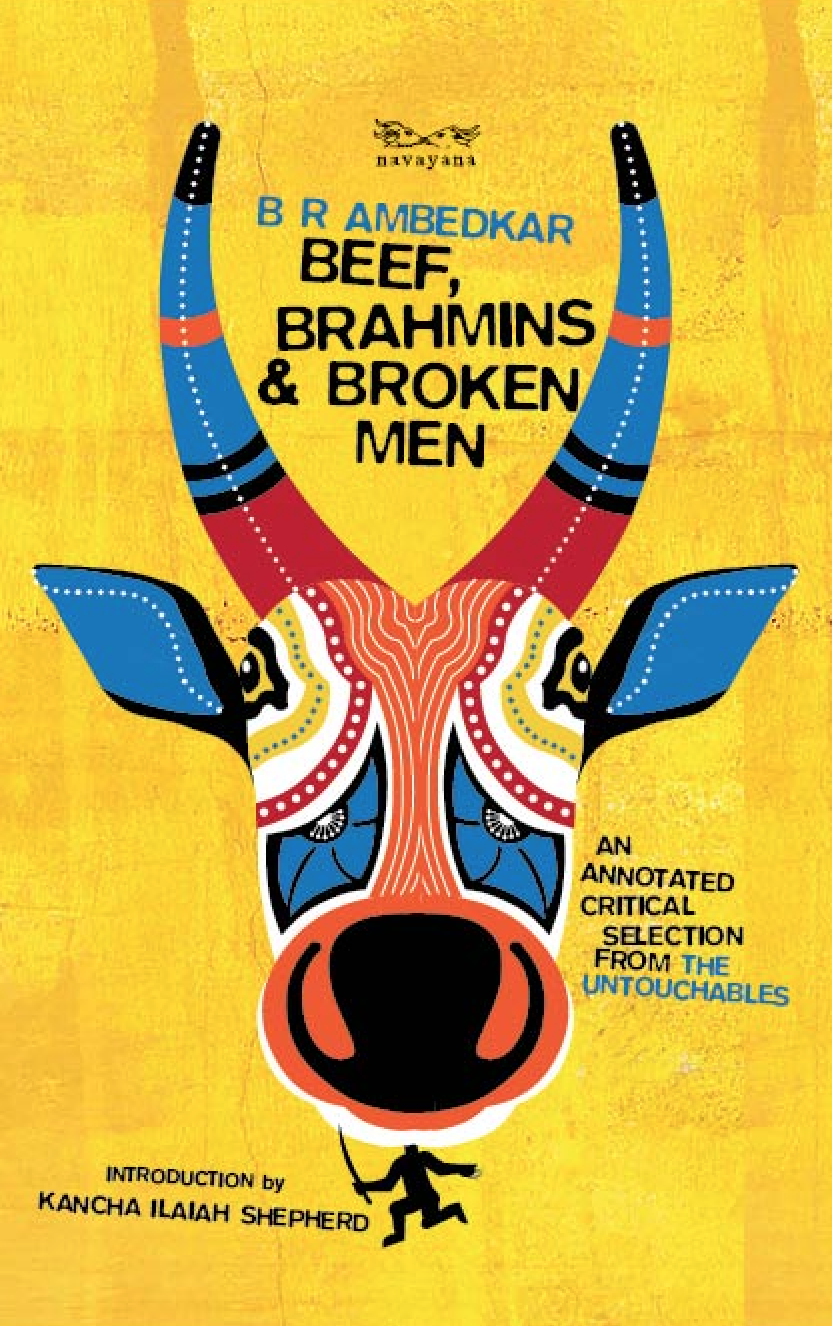 Beefing up the Ambedkarite fight

For the past two years, we at Navayana have been quietly cooking a project. With resources being scarce, our team of two was assiduously annotating extracts from Ambedkar’s oeuvre which directly dealt with the question of beef-eating. His work was often challenging, often exhilarating, often difficult to pick apart. Filled with references to obscure Brahmanical texts and scholarship from around the world, our task became a sleuthish one. We went back to the original sources and got acquainted with them; we brought our own knowledge of contemporary thought back into Ambedkar’s text. Doing all of this was a long, yet fruitful task. The result—Beef, Brahmins & Broken Men: An Annotated Critical Selection from The Untouchables.

This sustained engagement with Ambedkar’s much-neglected 1948 work, The Untouchables: Who Were They and Why They Became Untouchables?, was necessitated by the dastardly cattle-related violence and lynchings which became par for course under the BJP administration. One heinous murder after another was only followed by lukewarm discussions about the situation. However, the related history of the cow, caste and Untouchability is long and fraught. This history puts a spanner in the works of grand ideas of an Indic culture and tradition. In examining it, Ambedkar uncovers the silenced voices of the past. His task was often difficult and he contended with a hostile and Brahmanical academic elite. Against them he wrote courageously:

To-day all scholarship is confined to the Brahmins. But unfortunately no Brahmin scholar has so far come forward to play the part of a Voltaire who had the intellectual honesty to rise against the doctrines of the Catholic Church in which he was brought up; nor is one likely to appear on the scene in the future. It is a grave reflection on the scholarship of the Brahmins that they should not have produced a Voltaire. This will not cause surprise if it is remembered that the Brahmin scholar is only a learned man. He is not an intellectual. There is a world of difference between one who is learned and one who is an intellectual.

The silent boycott of Ambedkar’s work by left-liberal scholars who dominate the University Dicsourse shows that things haven’t much changed. Our edition features a powerful and moving introduction by Kancha Ilaiah Shepherd, which Wendy Doniger says ‘makes many eye-opening points. It shows how Ambedkar already understood the forces that led to incidents like the suicide of Rohith Vermula in 2016.’ Exposing the weakness of liberal-left response to the cow-related lynchings, and to caste as such, Ilaiah argues how the right to eat beef is the right to equality, it is the right to life. (Look out for an excerpt from his introduction in The Caravan magazine this November.)

The third in our series of annotated readers, following Annihilation of Caste and Riddles in Hinduism, Beef, Brahmins & Broken Men is another arrow for the Ambedkarite cause of equality. This gorgeously designed and lovingly produced 424-page hardback is available for Rs 600 now on our website. Here’s our trailer for the book where images of everyday Hindu/tva terror are juxtaposed with images of pride taken in beef-eating set to an insistent background chant of Jai Bhim.

We are also proud to announce our other new title Ganja–Mahua Chronicles which has its own fraught history, a story set in a sea of stories.  Originally published as Finding My Way, the full-colour hardback found only a limited audience. Perhaps owing to its unwieldy size and its high price. To our dismay we found out late that a huge chunk of its copies had already been pulped earlier this year by the publisher (Juggernaut). But the story of artist Venkat Raman Singh Shyam, who travels from his village Sijhora in eastern Madhya Pradesh to the heights of the art world, deserves to be told and retold. Written along with S. Anand, this autobiographical work of poetry meanders through questions of identity, art, politics, being and nothingness. We bring it to you now as an affordable hardback (for only Rs 350), stripped of colour, yet full of life.

The road is long and weary, and we need to beef up if we are to survive