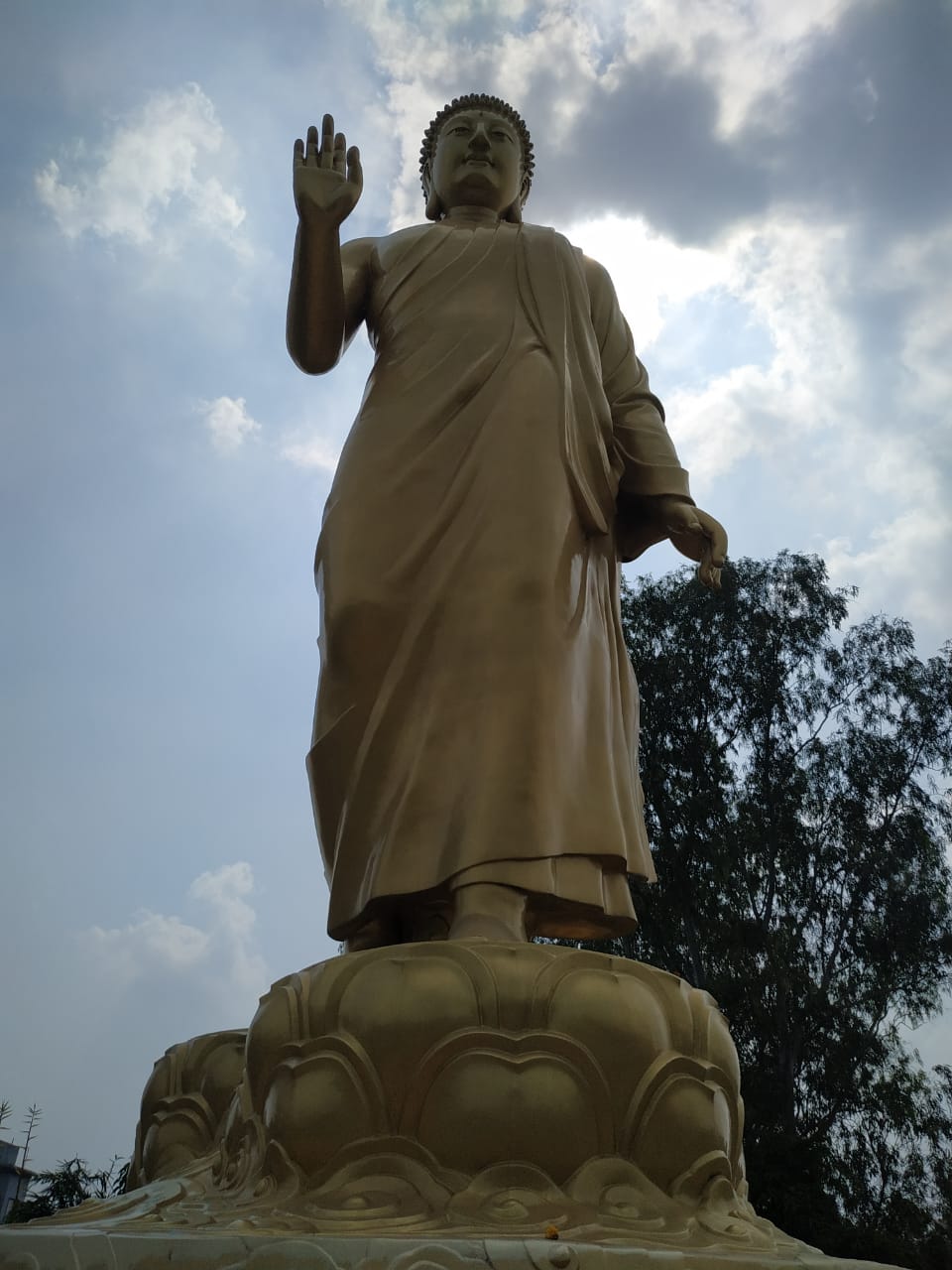 Nagpur welcomes you with a certain political fervour already embedded in the air, its gates and buildings already an Ambedkarite blue. An important location for Buddhist and dalit mobilization, every October, Nagpur gears up for Ashoka Vijay Dashami. Millions of followers of Ambedkar visit Deekshabhoomi at this time to commemorate his conversion to Buddhism in 1956. In tandem, the Nagaloka Training Institute in Kamptee famous for its walking Buddha statue and focused on Buddhist revivalism in India organized a two-day international conference on ‘Babasaheb Ambedkar and Democracy’ this year. Nagpur is a bag of contradictions. If it has a blue flag over every rooftop, it also has a ‘self-manifested’ Swayambhu temple. If a group of intellectuals gather over the anti-caste agenda in Nagaloka, just a hundred kilometres away students of Mahatma Gandhi Antarashtriya Hindi Viswavidyalaya in Wardha sit in protest against the suspension of six fellow college mates over charges of violating the code of conduct for the assembly polls on 21 October. All the six suspended students belong to marginalized communities. The students had planned a function to mark BSP founder Kanshi Ram’s death anniversary, permission for which was denied by the university authorities. A day after the expulsion, the students wrote to prime minister Narendra Modi over contentious issues like mob lynching, Kashmir clampdown and such which provided the university an opportunity for a crackdown on their dissent. Such ironies define our life today. Large contingents of dalits are caught between being the foot soldiers of right-wing forces or the empirical subjects of theoretical brahmins. The conference therefore comes as a much needed clarion call to educate and organise around Ambedkar and his philosophy.

The conference explored four key perspectives with a total of fifty-five papers presented. The various influences that helped Ambedkar develop his understanding of democracy ranging from John Dewey, Gautama Buddha, Jotiba Phule, Shahu Maharaj and others was discussed. Basic tenets of Ambedkar’s approach towards democracy underlining the universal value of a democratic tradition was also an important part of the discussion, as was the contemporary relevance of Ambedkar’s work and the inherent contradictions of political democracy sans an economic and social democracy. The event culminated with questions about effectively disseminating Ambedkarite philosophy taking centre stage. There were local as well as international participants. The entire arena was abuzz with Ambedkarite philosophy. People from all age groups and backgrounds had walked miles to visit Deekshabhoomi and the walking Buddha statue. Urgent questions on the current state of Dalit politics in Nagpur and also in other parts of India were raised by many. The lush campus added to the rigour one feels in such gatherings. ­­ 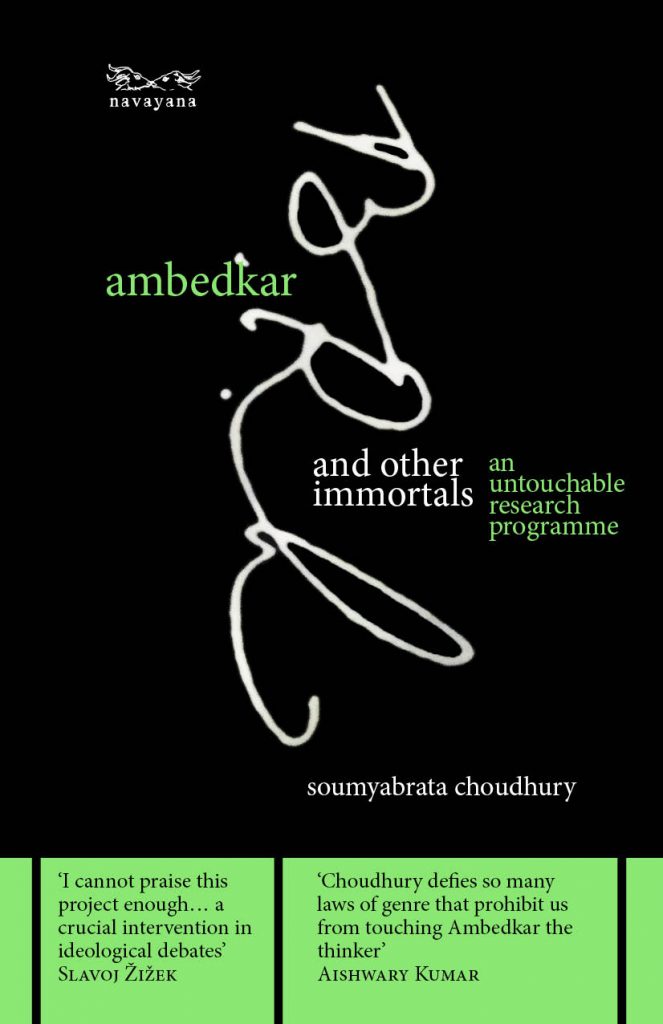 The conference was inaugurated by Khenpo Kunchok Rangdol, principal of Drikung Kagyu—one of the eight minor lineages of the Kagyu school of Tibetan Buddhism—who gave tribute to the Buddha and Ambedkar. Four new books were unveiled at the conference; including Navayana’s very own Ambedkar and Other Immortals by Soumyabrata Choudhury who delivered one of the key note addresses. The entire conference area was infused with excitement of possibility and hope. Combating caste was on everyone’s mind and with it came the desire to imagine a new egalitarian society. A common consensus was arrived upon to resist the myths built by distorting dalit cultures by the brahmanical system and to create a counter cultural space for Dalit activists and scholars. The intersection of Ambedkarism with other forms of oppression and struggle often cropped up. The Buddha was a ready inspiration with his being instrumental in shaping democratic discourse in early medieval India. Nagaloka flaunts its centrality in contemporary Buddhism.In such a space, scholars were often found contemplating Buddhism’s influence in framing Indian polity and constitution via Ambedkar. The importance of Nagaloka is derived from upholding an academic space focused on dalit and Buddhist studies by teaching young minds the egalitarian values of anti caste philosophers.

The participants were also taken on a guided tour of Deekshabhoomi ­­­ — the hub of all celebrations during the two-day festivity. The swelling of the crowds isn’t just a gathering of Ambedkarites and Buddhists from world over, lakhs of accessible books being sold and read at Deekshabhoomi show how Ambedkar lives on in the public memory not as a legend but as a legator of knowledge and empowerment. Cultural performances and traditional arts workshop were also held. The deep significance was emphasised by the two-hour-long queues leading to the Stupa. In such a revolutionary congregation, one experiences an Ambedkarite culture of education and collectivization rooted in resistance and solidarity.  Stark in its contrast to the growing fascism of our times, the gathering provided fodder for thought and networks of solidarity for Ambedkarite scholars and activists. But one still sees traditional concepts of gender being employed in the teaching pattern and strict segregation of students. As an institute working towards the empowerment of dalit, bahujan and adivasi children, a fairer and not-so-retrograde understanding of gender and other oppressive structures that dictate our everyday, must be envisaged. 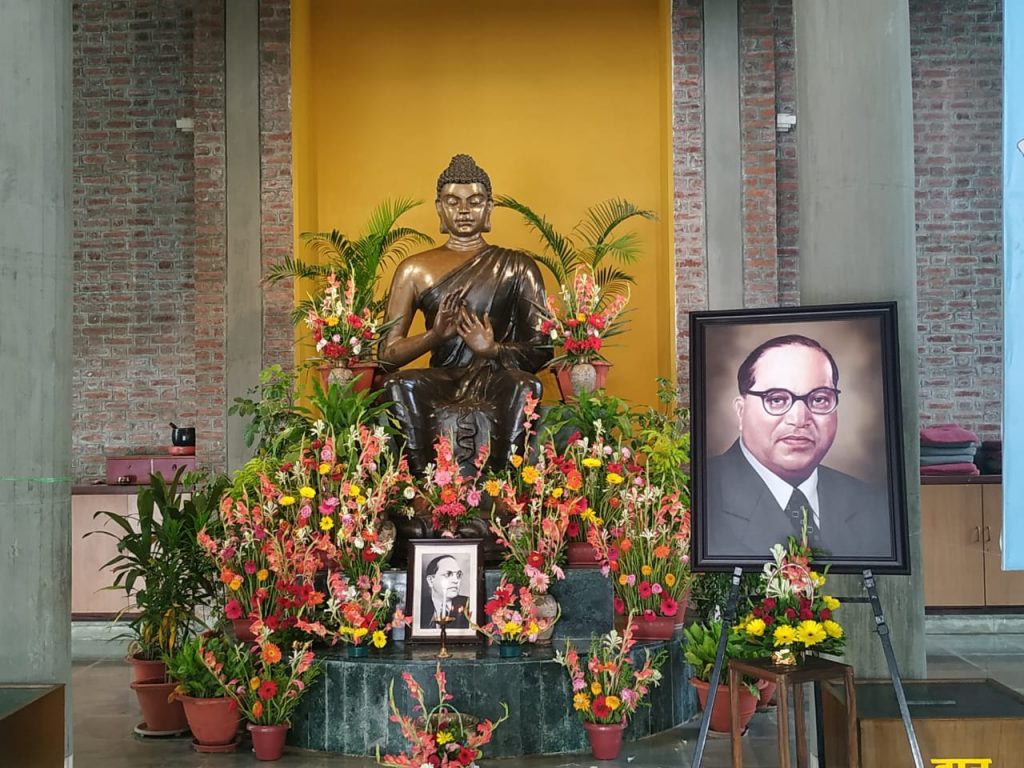 As festivities wrap up in Nagpur, one wonders what the average dalit in Nagpur makes of our pilgrimage to their city. In an India hell bent on eroding dalit culture and thought, it is no exaggeration that Ambedkarite philosophy and Buddhist ethics must be made more popular. The conference was a step in that direction. Ambedkarites need to combine their cultural and political assertion so that the forces of hatred and bigotry are not able to make headway into the domain of anti caste movement. This comes with an added responsibility to also enable and empower our most marginalized communities. Only an intersectional and inclusive idea can make this thought of a democratic India based on the philosophy of Babasaheb and Buddha come true. Till then our conferences, schools, universities, offices and all other public places need to prepare an equal, shared dream of emancipation, like Ambedkar did. Nagpur is a city with strong cultural roots, where a dalit can stand proud. Such spaces are few and far between. In coming to this city, in breathing its air and feeling a certain belonging to it, one glimpses at what a future Begumpura might look like.