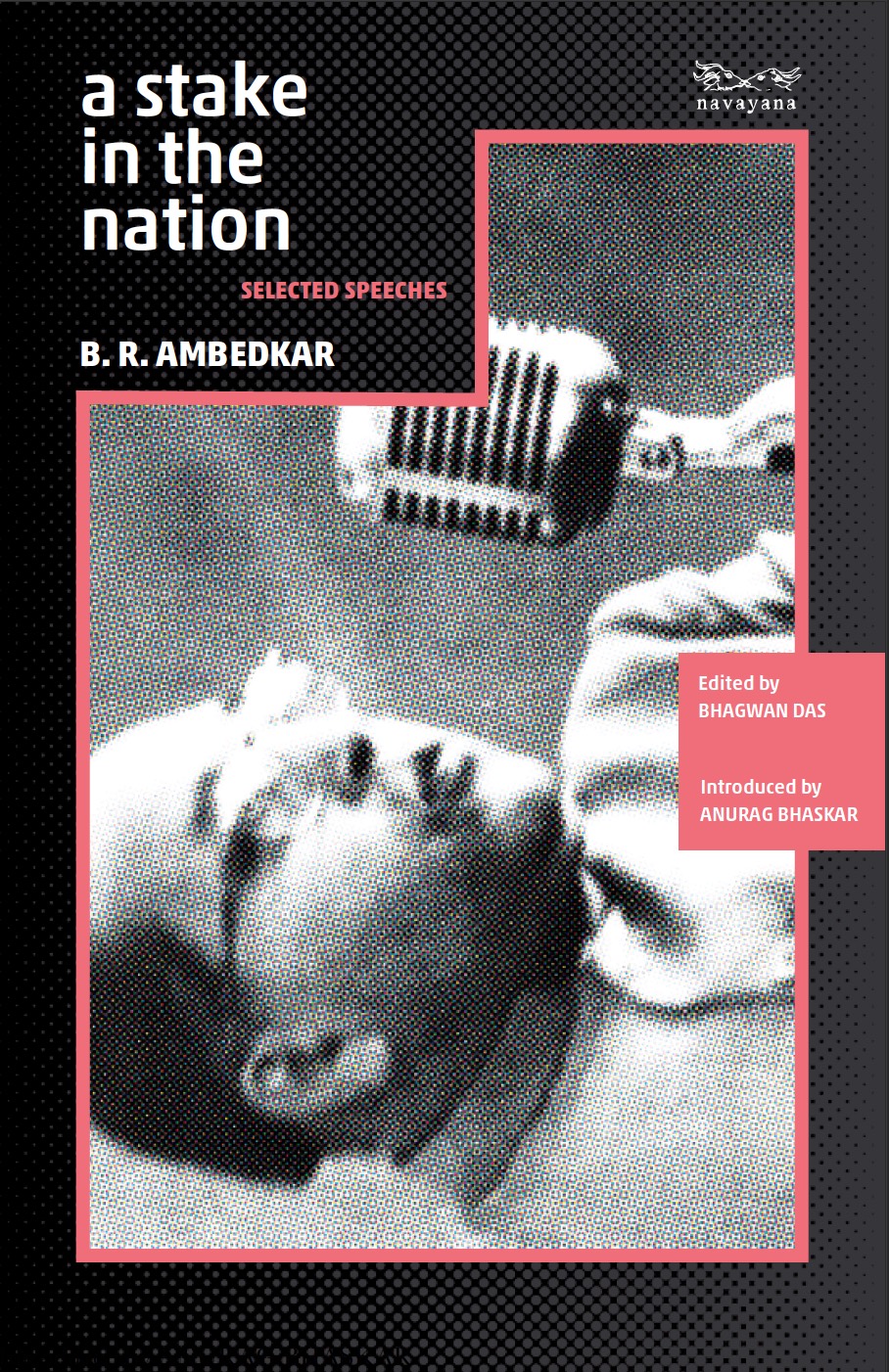 Thinking with Ambedkar in the time of coronavirus

You raised weapons
Not as mercenaries do;
You raised them against injustice.
You performed God’s autopsy.
You cut off the nose of the folk-goddess
Whom the ignorant try to appease
To ward off disease

For years, one of India’s foremost poets, Namdeo Dhasal, made it a habit to write poems for Babasaheb Ambedkar on 14 April and 6 December, his birth and death anniversaries. The lines above are from “Ode to Dr Ambedkar: 1978” in A Current of Blood, in Dilip Chitre’s translation. The poem begins with an epigraph not attributed to anyone but it is likely something Ambedkar said, perhaps in Marathi: Equality for all or death to India. Dhasal’s poems for Dr Ambedkar often took the tone of a dialogue, a lament and a celebration, sometimes all at once. Of course, the gods are not at all dead and the business of inequality is thriving.

April is Dalit History Month. It is that time of the year when Navayana always has had news of a new book. We do a grand sale on our website. But this year all of humanity is not merely besieged by the novel coronavirus, Covid-19, but by the fundamental inequalities of the human world which the virus has exacerbated and magnified.

The past few years, we at Navayana have made it a point to time one of our books on key dates in the Ambedkar calendar: Unnamati Syama Sundar’s No Laughing Matter was published on 14 April 2019; Soumyabrata Choudhury’s Ambedkar and Other Immortals on 15 May 2018 (the date of first publication of Annihilation of Caste in 1936), Dr Ambedkar’s Beef, Brahmins and Broken Men on 14 October 2019 (the day of conversion) Ambedkar: The Attendant Details on 14 April 2017, Anand Teltumbde’s Republic of Caste on 14 April 2018; and so on. 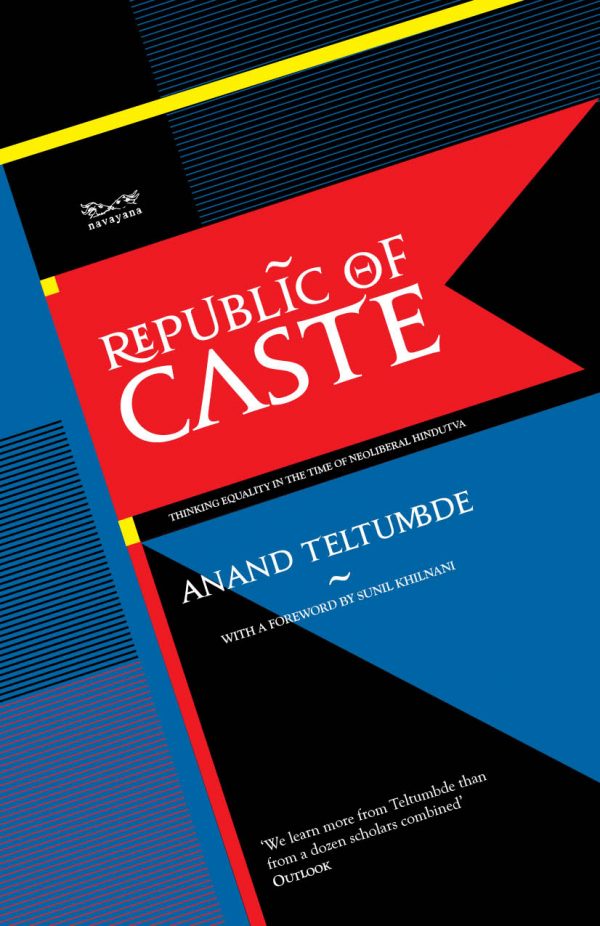 This year, on Babasaheb’s birth anniversary, we face the ignominy of our beloved friend and author Anand Teltumbde being detained under the unlawful Unlawful Activities (Prevention) Act, with the ridiculous charge of hatching a plot to assassinate the Indian prime minister. He and Gautam Navalakha join ten other activists, writers and intellectuals of integrity in prison on patently fabricated charges using malware. Before being forced to surrender to the custody of the National Investigation Agency, both Gautam and Anand did what they know best—write—the very act for which they are being punished. Gautam ends his letter with Bob Marley’s Redemption Song, and Anand, after pointing to the RSS hand behind this conspiracy, leaves us with these words: ‘I earnestly hope that you will speak out before your turn comes.’

Like with everyone everywhere, work at Navayana has been affected is more ways than one but we are trying to keep our morale high. At a time when all production and sales are at a standstill, we are focused on commissioning new titles, editing and readying new books for a post-lockdown world when the need for spaces like Navayana will be more acutely felt. Some of our readers have continued to place orders on our site, and even if this is a trickle, your faith in us is touching. When MNCs are laying off people and big publishers are cutting staff and books, we derive strength from the words of a poet Ambedkar was rather fond of, Tukaram: 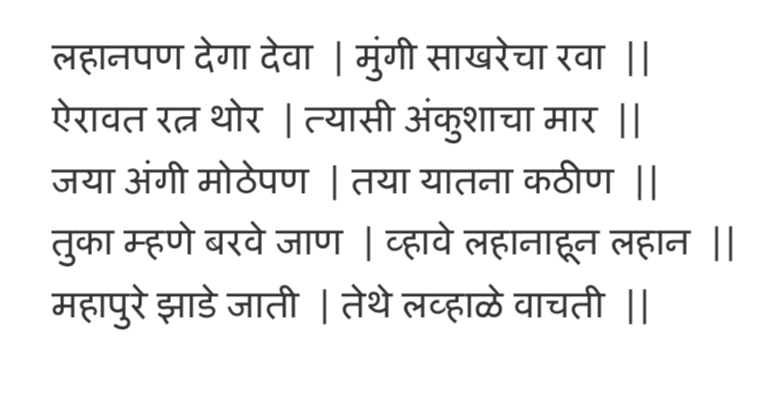 Lord, give me smallness | A granule of sugar that the ant gets ||
Airawat, Indra’s jewel of a mount | Gets beaten by a mahout ||
Those who grow big and fat | Will suffer the blows of fate ||
Tuka says to know this is all | We must grow smaller than small ||
A flood sweeps trees away | Grasses find a way ||

We will be eager to serve you once the lockdown ends: to educate you, to get you agitated, and to organize ourselves for a better world where all social distances must wither. Dhasal ends one of his explosive poems with words that summon the majesty of equality: One should regard the sky as one’s grandpa, the earth as one’s grandma/ And coddled by them everybody should bask in mutual love.

This 14 April, on the 129th birth anniversary of Babasaheb, we were to publish A Stake in the Nation: Selected Speeches, a volume edited by the late Bhagwan Das with a new introduction by the young legal scholar Anurag Bhaskar. A grand intellectual biography of Ambedkar using several hitherto un-cited Marathi sources is in the works. The time for all these will come.

Those of you free this evening, from any part of this world, can catch the author of Radical Equality, Aishwary Kumar in an online conversation titled “Remembering Ambedkar” with scholars Leonard Dickens and Jyotsna Siddharth. Organised by Lamakaan, Hyderabad, a venue where Navayana has done a host of events in the past, you can join this meeting via Google Meet. Kumar will present on the topic “Life Itself: Ambedkar and Us”.

For now, we shall leave you with Soumyabrata Choudhury’s thoughts on the lessons we may learn from Ambedkar on Caste, Coronavirus and Gangs. How do we ‘soberly yet inventively think of emancipatory scenarios’ in a situation like this? Choudhury says: ‘This essentially means the current hierarchy that rules our lives between “essential services” and “non-essential work” is liberated from its coded caste meaning.’

We also suggest you revisit the conversation between Ambedkar and Mulk Raj Anand from 1950 where he says we must ‘Disown casteist heroes like Ram’. This was reproduced in our blog five years ago on Ambedkar Jayanti.