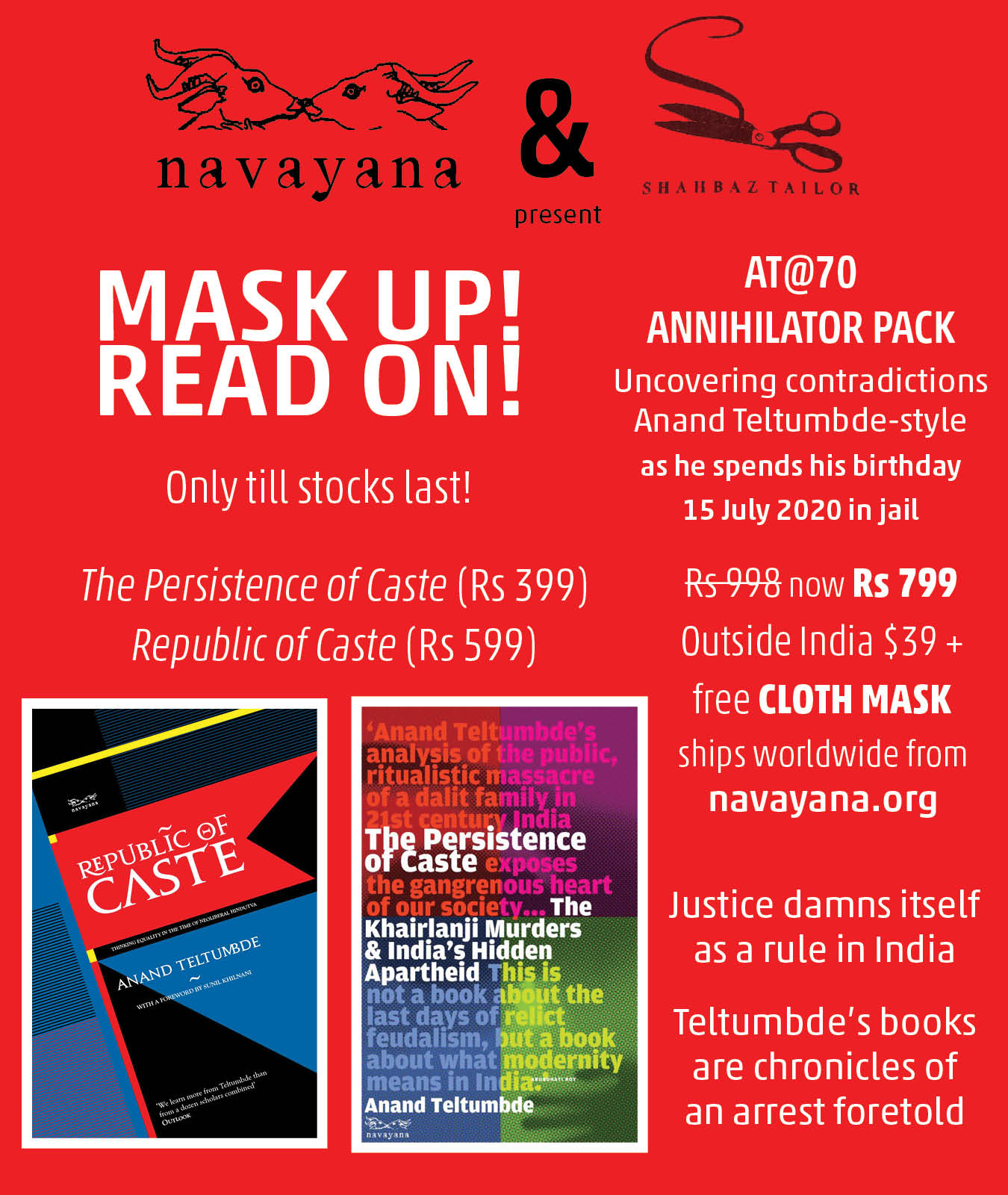 On 15 July 2020, Anand Teltumbde will turn 70. He is in Navi Mumbai’s Taloja jail entrapped by a lawless law. Justice damns itself as a rule in India; of late, injustice seems to have become the ruling principle of the courts.

Varavara Rao, 80, also jailed, now hospitalised under public pressure, has been estranged from himself. We learnt how he could suddenly not speak in Telugu—the language he was born into, a language he has spoken and written in for over five decades, a language he taught for four decades. A man renowned for his memory was made to lose language. Lose a sense of who he is. Maybe this is the only way one can make sense of this unsensing world? All for speaking for and of justice. Justice that stands damned.

Prisons are obsolete, Angela Davis wrote, having spent time in one as a Black Panther in the 1970s. We published her Are Prisons Obsolete? in 2011 at an affordable Rs 150. That we still have copies left is a testimony to the strength of the very idea of prisons; and the weakness of even thinking the annihilation of prisons, like the annihilation of caste.

Professor at University of California, Santa Cruz, Angela Davis went on to write a foreword to a prison memoir Navayana published in 2018 in translation: Ramchandra Singh’s 13 years: A Naxalite’s Prison Diary. With Singh’s passing shortly before the book came out, we made a short film to showcase it. The book has been translated into Kannada and Tamil. Singh’s memoir featured endorsements from Anand Teltumbde and Varavara Rao. A little too uncannily and clairvoyantly, Teltumbde had said: ‘This smuggled-out account exposes the bosom of the Gulag that India has become.’

VV, who spoke at the Hyderabad launch of this book, waxed poetic in his endorsement: ‘Ramchandra Singh raises our spirits with the earthy fragrance of his ‘criminal’ life. His memoir, in fact, bears the fragrance of fire.’

What can we do in times like these? Adrienne Rich suggests that we talk about trees. We will be sure to do that. You must too. 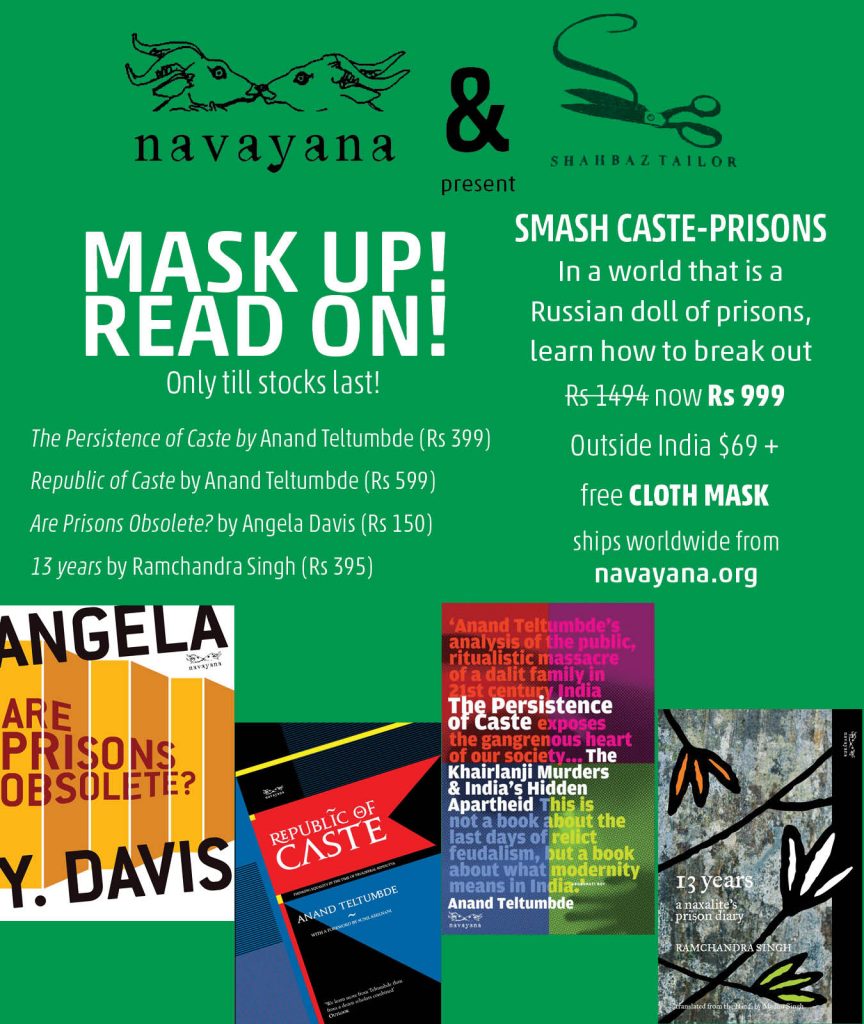 We also offer you two packages of books at specially discounted prices: two of Teltumbde’s finest works, The Persistence of Caste: The Khairlanji Murders & India’s Hidden Apartheid, and Republic of Caste: Thinking Equality in the Time of Neoliberal Hindutva. Together called AT@70 Annihilator Pack (or, well, birthday pack) they cost Rs 998. Now just for Rs 799 with a Shahbaz mask. If Teltumbde had been out and had a say, he’d have severely admonished us for making such ado about his birthday. Perhaps he’ll excoriate us once he is out.

There’s another booster dose against senselessness: Smash Caste-Prisons featuring both the Teltumbde titles along with Ramchandra Singh’s 13 Years, and Davis’ Are Prisons Obsolete? The total to Rs 1494. We are offering the four now for Rs 999.

We will leave you with these lines from one of VV’s poems, with his words about words:

Once again I yearn to learn the utterance
At school and on the commune,
From pupils and plebeians
I dream of seizing syllables
From each of history’s furrows.

In Telugu, sweet Telugu, the most vowelly language there is, it reads