During a recent conversation with our author Soumyabrata Choudhury, he said that Modi was producing a sort of cartelisation of politics, much akin to Putin’s praxis. Modi’s coterie commands the communal majority, a monopoly on India on all different fronts—from the private to the public. Now the ruling class is itself divided by the cult of Modi, most toeing the line while some peeved and pushed out. This is different from the kind of dispensation which was prevalent in pre- and post-independent India. Before 2014, the communal majority, the ‘upper’ castes, had pretensions of openness and competitive freedom. There was a general sense of ideological neutrality helped along by negotiation, debate and compromise.

Such an air of neutrality was obviously meant to eradicate eruptions of radical change, radical demands. A fatherly conciliation where the privileged could pretend to be the benefactors of those they oppressed. We reach Modi precisely through such depoliticised politics. The Poona Pact stands as the supreme example of such a neutralisation. On 24 September 1932, M.K. Gandhi blackmailed an adamant Ambedkar into backing down on his demand for separate electorates for the Depressed Classes. This brutal act was then dressed up as a benevolent compromise of the forgiving father in the form of reserved seats. 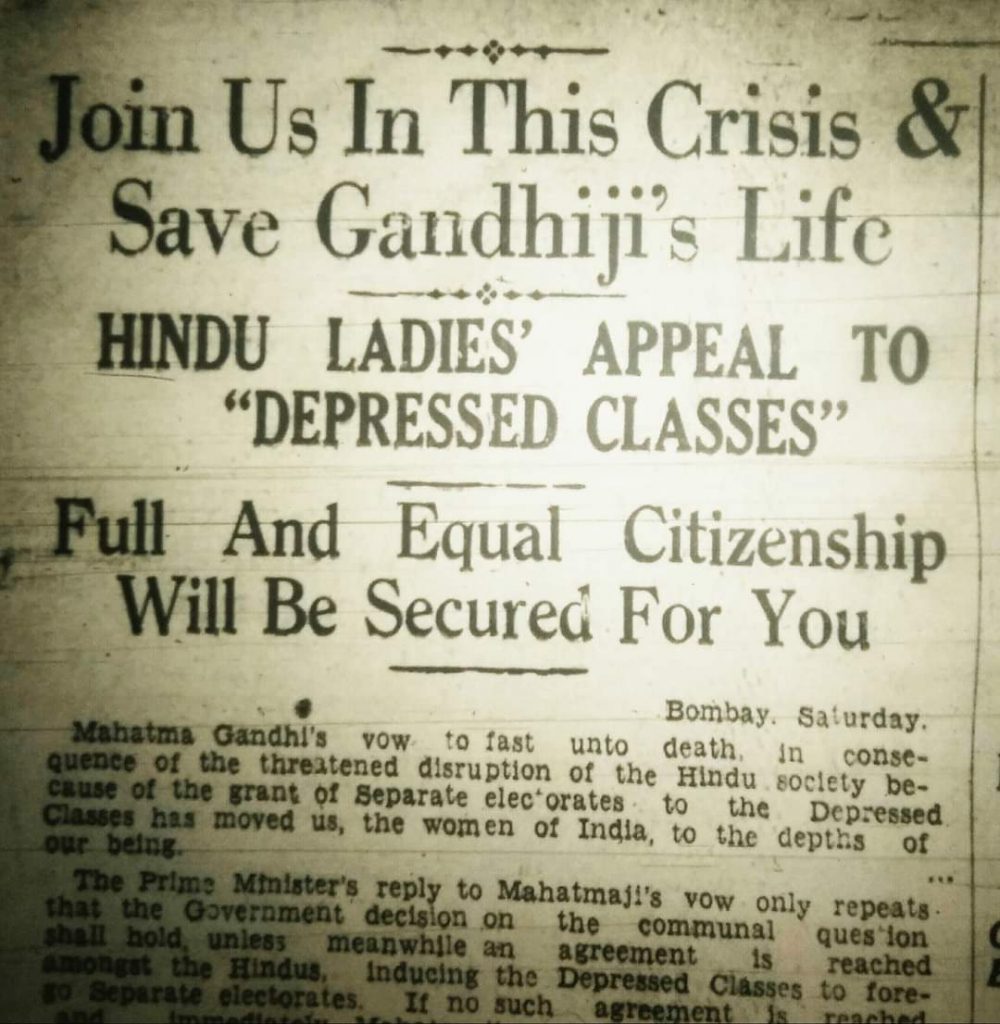 Now, Modi pretends such benevolence, even as various ruling blocs find themselves unable to penetrate his singular will; there is no room for savarna negotiation anymore.

In 1982, when prime minister Indira Gandhi wished to commemorate the 50th anniversary of the Poona Pact, Kanshi Ram frontally challenged her. He organised 60 simultaneous denunciation programmes from Poona to Jullundhar and the G company was forced to abandon the commemoration. Kanshi Ram and his BSP offered history lessons but both the political and savarna intellectual classes remained beholden to Gandhi and Nehru. This led us to a situation where an Ashis Nandy could get away with outrageous statements about dalit-bahujans; where a cartoon showing Ambedkar being whipped by Nehru can be used as a teaching aid; where fasting unto a death is considered not blackmail but a sacrifice for the nation. Many of Navayana’s books aim to uncover such pretensions.

This 24 September we bring you a special pack of three titles under Against Blackmail: B.R. Ambedkar’s Annihilation of Caste: The Annotated Critical Edition, Unnamati Syama Sundar’s No Laughing Matter: The Ambedkar Cartoons, 1932–1956 and Premanand Gajvee’s The Strength of our Wrists: Three Plays. Gajvee’s play Gandhi–Ambedkar stages the clash between the two titans mediated by an irreverent, imaginary, interstitial clown. These three books lay bare the savarna discourse and its devious proclivities. All three now available for just Rs 899 (against combined MRP of Rs 1348).

Two of our recent releases, The Way I See It: A Gauri Lankesh Reader and A Stake in the Nation: Selected Speeches by B.R. Ambedkar have been collected together as Thinking–Being. At a time when the choice is between getting assassinated (like Gauri Lankesh, M.M. Kalburgi) or getting falsely arrested and facing the ‘legal’ process as punishment (Anand Teltumbde, Umar Khalid, Devangana Kalita, Sharjeel Imam…) these two books tell us to continue to think fearlessly, and think of a different future. Avail this package now for Rs 599 (against combined MRP of Rs 798).

All our old books-plus-masks packages, including the sought after Library Box-Set, are still in place.