The Arrows of Bhim

14 October—the 64th anniversary of the day on which Babasaheb Ambedkar embraced Buddhism along with five million followers in 1956. In remembering this day, we also remember the unrelenting parade of atrocities that Hindu India perpetrates on its people. They happen by the second. Not everything makes a headline. Not all rapes are equal; some rapes are more unequal than others. Some murders more unequal too. Hathras is a re-staging of Khairlanji. Khairlanji, a re-staging of everyday savarna rituals: common, tasteless, banal. India is constitutively a land that worships rapist gods . We may be told that Kali with her revenge-seeking tongue is also worshipped. That there are many, and many more Ramayanas. Meanwhile, as you read this, someone is picked up under UAPA.

Precisely in such impossible times, we have to commit to the elusive task of thinking equality. Our solace is in poetry, in art, in books—in affirming life against a landscape of violence and apathy. One of our authors, Anand Teltumbde, currently in jail and facing a meaningless charge sheet along with other comrades and friends, helps you understand what the ritual of caste rape means in The Persistence of Caste: The Khairlanji Murders & India’s Hidden Apartheid. Ambedkar’s many books lay bare the ugliness of Hinduism and help us understand why he was driven to ritually act out his formal severance from a religion founded on the basis of inequality and vengeance. You could always turn or return to Riddles in Hinduism.

January 2021 will mark the tenth anniversary of Bhimayana, a book that came into being against great odds. This 14 October, to mark the anniversary of Babasaheb Ambedkar’s conversion to Buddhism, the curator, co-author and publisher of the book S. Anand will present “Bhimayana—Rounding the Squares: Publishing, Resistance, Critique and Aura” for Sarojini Naidu School of Arts and Communication, University of Hyderabad. It’s an event open to all (Zoom ID: 916 1987 4122 Passcode: sanand@sns). 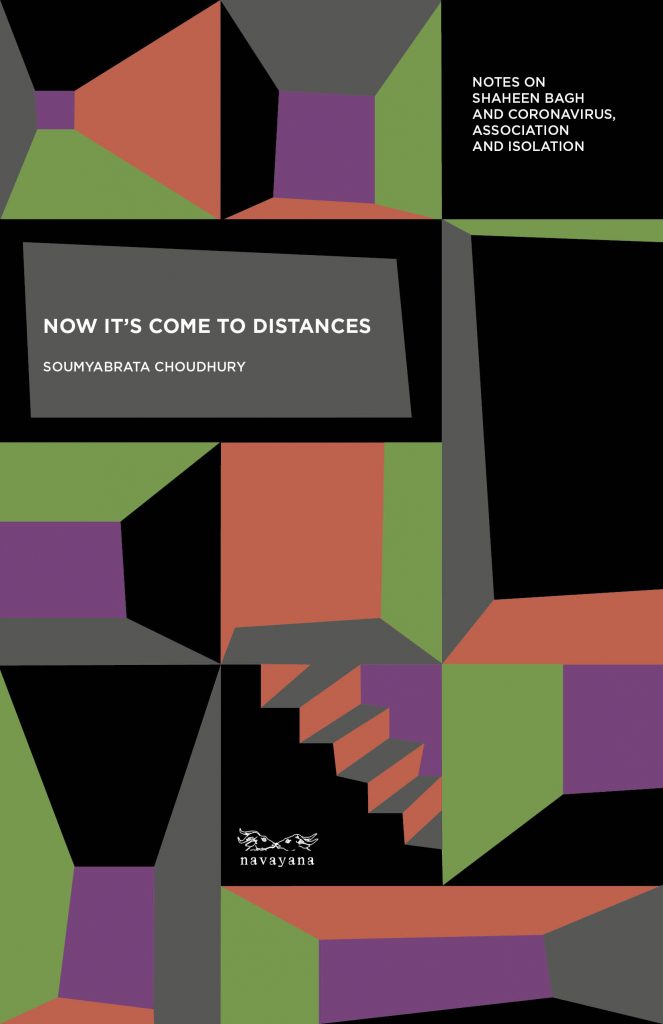 6 December will see the launch of a new title that will demand that you lower the mask of new normalcy and expose yourself to the upsurge of thought. In the months after the lockdown in March, Soumyabrata Choudhury, philosopher and teacher at Jawaharlal Nehru University, was making notes and sharing them with students. This has resulted in Now It’s Come to Distances: Notes on Shaheen Bagh and Coronavirus, Association and Isolation. Choudhury asks if there can be social distancing in a society to which one does not belong. This diary traces the challenge posed by an incandescent and immortal association like Shaheen Bagh in the face of a dictatorship of mortals that rose with the pandemic.

We will have a lot more to share about this book very soon. Till then: Jai Bhim and Lal Salaam.