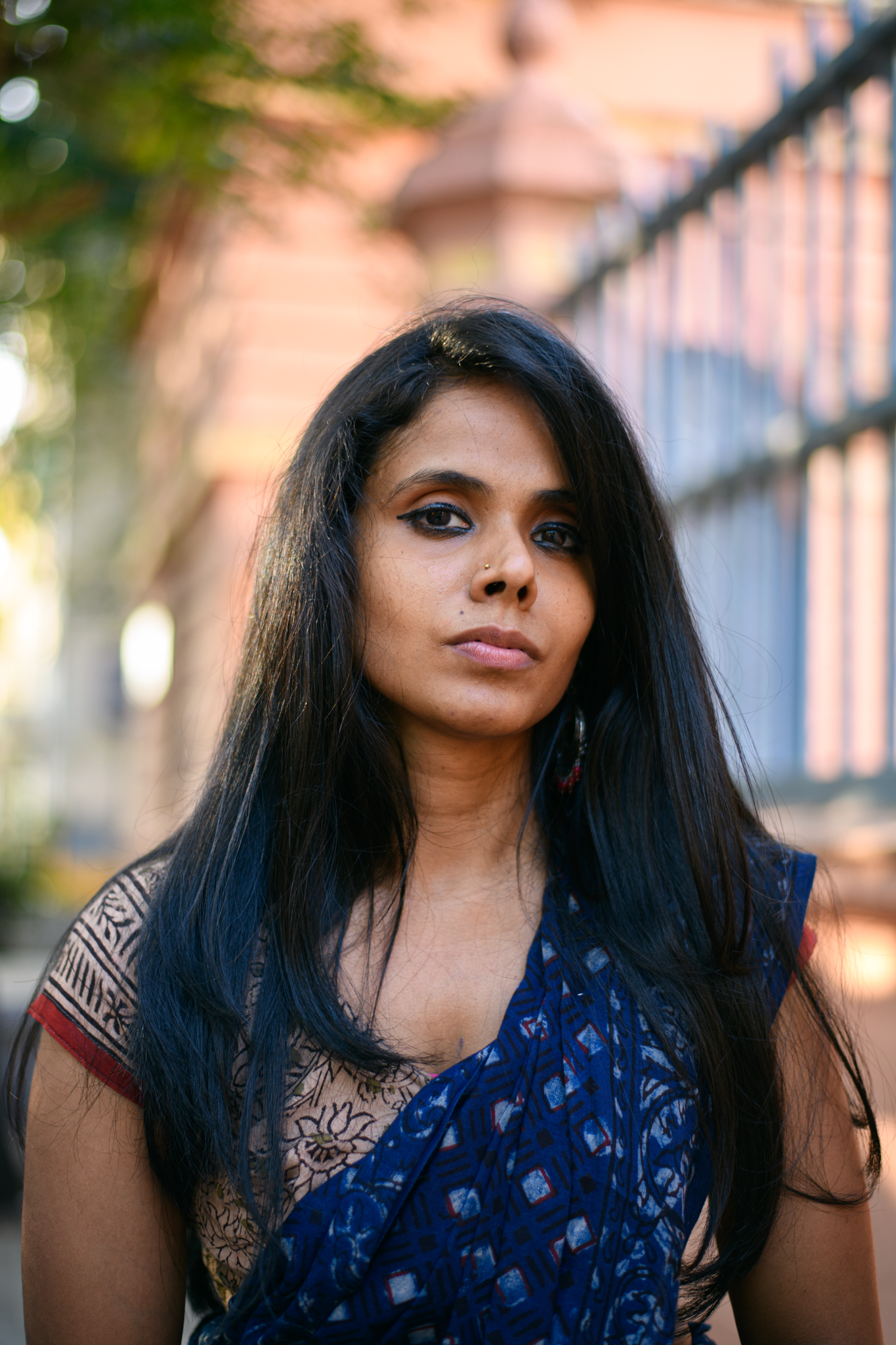 The militancy of Meena Kandasamy

In 2010, Meena Kandasamy published Ms Militancy with Navayana. It was her second book of poetry. She stood myths on their head. Her women walked and danced to a new beat. Meena declared in a voice that was both forceful as a storm and tender as a flower:

My Maariamma bays for blood. My Kali kills. My Draupadi strips. My Sita climbs on to a stranger’s lap. All my women militate. They brave bombs, they belittle kings. They take on the sun, they take after me.

Just consider the audacity. It is not Meena who takes after Draupadi, Kannagi or Sita. It is they who take after her. She fashions them in her own image. These women are what Meena makes us sees them as. ‘I choose my words, coarse as the conned Kannagi’s colourful curses, chaste as her breast that burnt down a capital city.’ As a result:

Her monthly drip had disappeared.
Her no-money man was back home by then—
ditched and duped by his dancer mistress.
She forgave that bitch, buried the bad blood
between, gave him her anklet of rubies to sell
and begin some business with. He went.
A week later, she received his body bag
With the executioner’s seal on the toe tag.

After Ms Militancy, Meena Kandasamy went on to write three acclaimed novels with different publishers across the world. She was profiled in the Guardian and NYT. She was and is reviled by Manu-lovers. Eleven years hence, she returns to Navayana with a book about real militant women—their lives not steeped in myths and epics, but flesh and blood women whose posters young Meena grew up with. Women who fought for the Tamil Eelam with guns. When the genocidal war ended in 2009, with the LTTE vanquished for all intents and purposes, the orders of the Sri Lankan Army are to rape the Tamil women. In 2012, Meena sets out to make a documentary film on some of the women who had survived the Sri Lankan camps—women who are now refugees in distant lands, pale shadows of their blazing selves. The documentary never gets made. The footage is lost. But Meena exhumes old hard drives to piece together their shattered lives. Often the distance between Meena and her subjects is thin. Her own experience of brutality in a marriage colours and informs her telling of the lives of the women she meets. The result is her latest book The Orders Were To Rape You: Tigresses in the Tamil Eelam Struggle—available for a small price on our website.