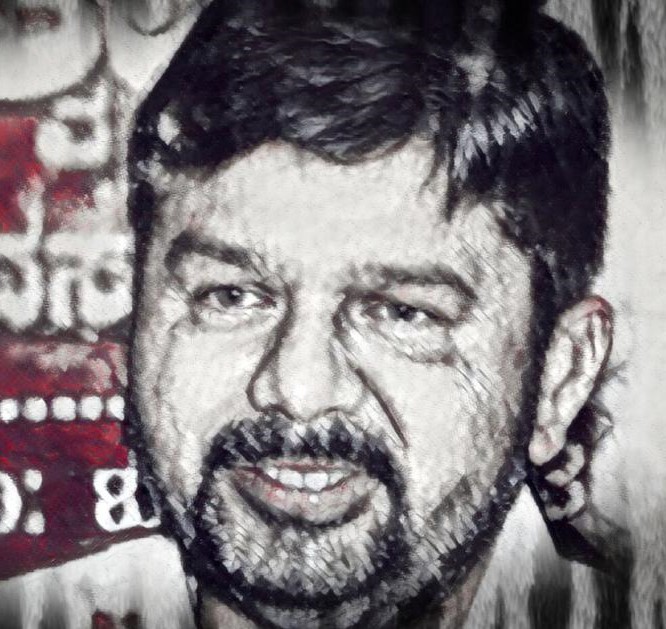 The Chronicle of a Prophecy by a People’s Poet

One of the finest poets and storytellers of our time, Siddalingaiah, passed away on 11 June in Bengaluru owing to Covid-related complications. In her blog, teacher and writer Vijeta Kumar reflects on some of the stories from Siddalingaiah’s memoir, A Word With You, World: The Autobiography of a Poet, that affected her—a moving tribute to a person she never met. Vijeta lives in Bengaluru, the very city that Siddalingaiah called home. For many years now, she has been teaching his work at St Joseph’s College, not just for its literary quality but as a lesson on how life can be lived.

Here, we take you to the point in the memoir where the people’s poet, Siddalingaiah, soon-to-be founder of the Dalit Sangharsh Samiti, traces his poetic and political journeys in his teenage years, and tells us this undated Boodisaheba story. It comes alive like a timeless Jataka tale about the Bodhisatta-to-be, Babasaheb. Translated from the Kannada into English by the journalist and musician S.R. Ramakrishna and published by Navayana in 2013, the book features stunning graphic interpretations of each chapter by Laxman Aelay. The Babasaheb image that accompanies this excerpt is one such.

Kannada organizations had opened libraries where you could get Kannada newspapers and magazines, and Sriram- pura had its share of them. Tamil organizations had also opened libraries nearby and, along with Tamil journals, they stocked Kannada journals too. I visited these libraries and learned much from them. Going towards Seshadripuram, I saw a signboard saying ‘Public Library’ and went in. I was delighted by the range of books I found there. I read Basavaraj Kattimani’s novel Swatantradedege (Towards Freedom). This library was where I started to read poetry and fiction.

Around that time, a student called Basavanna, who was in our hostel, gave me a slim book titled Avataarapurusha Ambedkar (Ambedkar the Messiah) to read. My enthusiasm for literature doubled after I read that book, and I started reading all the books I could find at the State Central Library in Cubbon Park. I also started writing poetry around this time.

One of my early poetic efforts was spurred by my outrage at the effects of hostel food. The boys would have blood in their stools after eating mudde made of corn. The poem began:

My friends, who liked this, learnt to sing it in unison, as though it were a hymn. Inspired, I wrote more songs along the same lines.

Dr N.C. Biligirirangaiah, who lived in Srirampura, was a hugely successful lawyer and a scholar. He was a martinet. Whenever he spotted a hostel boy on the street, he would stop him and ask him to spell ‘Bangalore.’ If the boy got the spelling right, he would ask whether it was a noun or a pronoun. If the boy answered that question correctly, he would say, “Tell me, let’s see, its gender.” If the student, out of fear or ignorance, gave him the wrong answer, he would beat him soundly.

Hostel boys running around in a panic was usually a sign that Biligirirangaiah was on the warpath. If the bathrooms and lavatories were full, it was a sign that he had come over to the hostel and was asking questions. To escape his questions and blows, five or six boys would stand in each lavatory for hours, pressed against one another.

I had never been subjected to Biligirirangaiah’s legendary beating. I was curious about him. Taking my poems with me, I went to his house. He was lounging on an easy chair in the front yard, his head slightly raised. A man was cutting his nails respectfully. Five or six people humbly sat around him. He occasionally sipped tea and nibbled at pieces of rusk. Biligirirangaiah was in a good mood. I greeted him with much trepidation. No boy my age had ever dared to go and meet him. He was astonished. His curiosity aroused, he asked me why I had come. I gave him my poems and asked for his opinion. I detected a look of delight on his face after he had read a few poems.

He asked me to read the other poems, and I did so with enthusiasm. He was overjoyed. “This is a poor man’s son,” he shouted to his children. “How well he writes poetry! Look at you, eating your food for nothing.” He beat them gratuitously with a ruler. After a while, he calmed down, and told me to sit on a chair. He instructed me to read a poem to him every day, and promised me a rupee for each one, as royalty. I presented myself before him periodically and earned money by reading poetry. Whenever I was hard up, I would quickly write a poem and get some cash from him.

Around this time, a huge mela of dalits took place in Bangalore. More than ten thousand dalits, men, women and children, came in a procession from Chikka Lal Bagh to Town Hall. All the students of our hostel marched in it. Leaders like B. Basavalingappa and N. Rachaiah were actively involved in organizing it. The marchers held up red and white flags. They were shouting a slogan in English, “Red and white, ready to fight.”

Our warden was upset that we had participated in an anti-government procession. At the evening prayer, he asked all those who had been in the procession to stand up. If some ten students had stood up, he would have deprived them of their meal. We had anticipated such a situation, and so all three hundred of us stood up together. This confounded him and saved us from his anger.

I had read and heard several things about Ambedkar, and gained enough confidence to speak about him. When some students from another hostel learnt that I had mobilized students of our hostel and made a speech, they invited me over to their hostel to speak. Soon, many students in the high schools of Bangalore became familiar with my name.

One day, I received a letter from the D.C. Hostel in Nazarbad, in Mysore, requesting that I visit the hostel and speak on Ambedkar’s thoughts. My friends were delighted. They raised money for my fare and sent me to Mysore. As soon as I got off at the railway station—my first time in Mysore—half a dozen high school students of my age welcomed me warmly and took me to their hostel. My speech impressed the students and the warden. The next day the students showed me around Chamundi Hills. They raised money and sent me back to Bangalore.

I used to say extraordinary things about Ambedkar in my speeches. Some stories were almost like myths. When Ambedkar was a boy, he had no place in his house to study.

So he would go to a faraway tree, climb up, and study. He knew how to climb a tree but not to climb down. So he would crash down, his books falling with him. There was an ash pit around the tree. His body and clothes would be covered in ash. The boys would tease him and call him “Boodi (ash) saheba.” Ambedkar then took a vow: “I may be boodi saheba now, but I will be Babasaheba in the future.” His prediction eventually came true.

In another story, a scholar once came to Ambedkar’s huge private library. He taunted Ambedkar that he had lined up the books for mere display and had not really read them in detail. This annoyed Ambedkar. He told the scholar that he could tell from memory what each page of each book contained. Whichever book the scholar opened, Ambedkar would repeat what it said. The scholar, ashamed, fell at his feet and begged his forgiveness. My speeches were full of such stories, and so I got to be in great demand.

A dalit convention took place in Devara Jeevanahalli in Bangalore. Thousands of people gathered to hear the famous speakers from Tamil Nadu who had been invited. They spoke for hours. They sipped soda between their speeches. One speaker brandished a sword and spoke aggressively. For him, speaking was nothing short of a declaration of war. C.M. Armugam, one of the leaders, placed a little girl before the mike. She spoke well and won applause. Siddhartha Arakeri encouraged me to make a speech, and I too spoke spiritedly. People liked my speech. When I got off the dais and started walking through the audience, people thrust coins into my hands and pockets.

On Ambedkar Day at the Town Hall, Chief Minister Veerendra Patil, High Court judge K. Bhimaiah, IAS officer Bharanaiah, and Minister B. Rachaiah were the guests of honour. Shantaveri Gopala Gowda was the main speaker. I liked his style. Arakeri invited me to speak. Forgetting that I was still only a high school student, I spoke with confidence. The guests and the audience seemed to like listening to me. Veerendra Patil, Bhimaiah and Rachaiah took off their garlands and put them around my neck. Delighted and embarrassed, I got off the dais. Gopala Gowda spoke encouraging words to me.

Enthused by these events, I started representing our school at inter-high school debates. I had to participate in a debate at Raghavendra High School in Malleswaram. I was prepared for the speech, but had no decent clothes to wear. My shorts were tattered. I felt reluctant to go in patched-up shorts, so I borrowed a friend’s. I still remember the kesari bhath and uppittu they served us before the debate. When I came back holding the shield, the boy who had lent me his shorts was vastly pleased.

I won many books as prizes at the inter-school debates. One day a friend told me that my father was selling off, in front of Majestic cinema, all the cups I had won. I ran towards the cinema, but by the time I got there, he had already sold my cups and books cheap. I was furious, but he gave me some money to placate me.