It has been eighty-six years since Babasaheb Ambedkar first brought out a print edition of his undelivered speech—Annihilation of Caste.

The message of the speech was unpalatable to its savarna audience at the time. It still remains so. Although many read this seminal work now, for reading it has become a necessary part of expiation, the living force of its argument is sidestepped. The book that many tried to wish away, to block out of memory, has survived in eighty-six long years in the bodies of dalits, who suffer and fight the infamy that is caste.

Let there be a day where this book need not be a necessary antidote for our lives. Till then, we must read it, again and again, until the force of his words are etched in our bones. 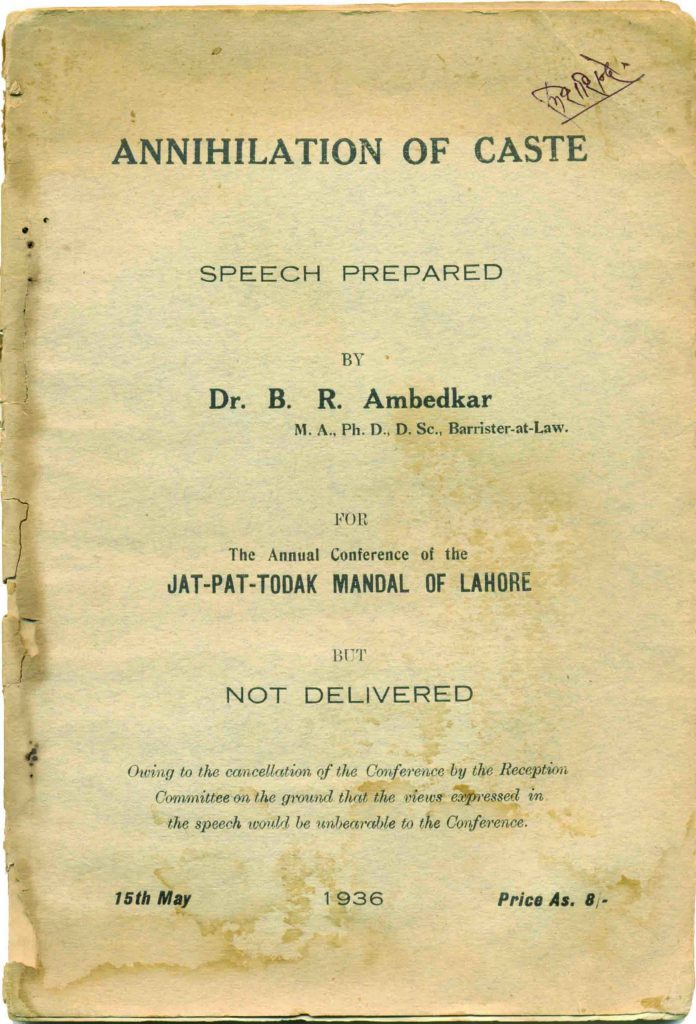