How did a French woman come to tell a Dalit story? Martine Le Coz, a novelist, poet and artist from Amboise, central France, on a trip to Madhubani in Bihar, found herself bestowed with the charge of telling us the semi-historical, semi-legendary tale of King Salhesh. Martine spent time with the Padmashri-awarded artist Urmila Devi and other Dusadh families to write Le Roi de la Montagne in French in 2019. In 2020, Navayana, with support the French Institute in India (Institut Français en Inde, IFI), commissioned a translation of this work by Regan Kramer—The King of the Mountain.

The book follows a Siddhartha-like figure, the crown prince of Mahisautha, Jaybhardan. He wills himself to be born into the womb of an Untouchable woman. Heralding heaven at every threshold, he becomes Salhesh, the King of the Mountain. To over eight million dalits, the saga of Salhesh has been what the Mahabharata and Ramayana are for most Hindus. The incandescent telling by Martine Le Coz shows us how Raja Salhesh leads a motley band of rejected souls to create a new society, where each life and leaf is cherished.

As part of the ‘European Event Long Night of LiteratureS’ and to commemorate the European Day of Languages, the IFI and Navayana invite you to the launch of The King of the Mountain. The author, Martine Le Coz, will be in conversation with the Madhubani artist, Malvika Raj, and Anand, publisher of Navayana. Anand will also sing a Buddhist sutta and a Kabir poem in Dhrupad style. 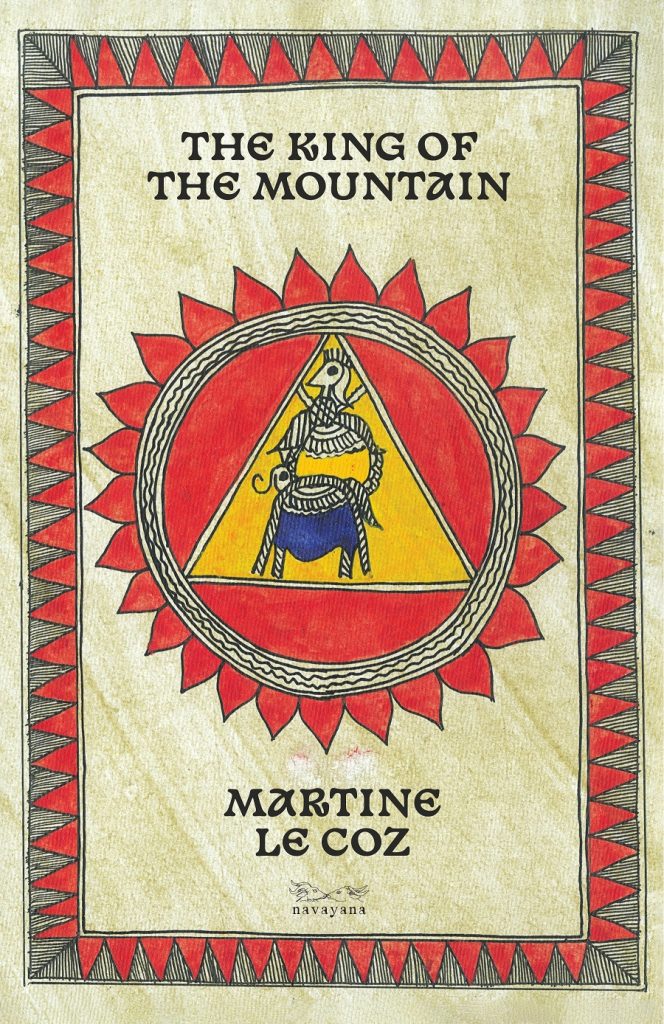