The king arrives, staging emptiness
Equal to all, he’s nothing
Says Kabir, listen to the hush
Of the arrow of the word piercing

The anti-caste tradition of the subcontinent has embraced the Word as a weapon of love. Kabir, King of the Word, speaks of शबद का बाण, shabad ka baan, the word arrow. As did the Buddha and Babasaheb Ambedkar. Meanwhile, Rama kills Vali by deceit, and Shambuka for his education; Lakshmana defaces Surpanakha, and Krishna goads Arjuna to kill the valiant Karna as he is fixing the wheel of his chariot. Krishna’s pep talk to Arjuna—what Babasaheb calls an unheard of defence of murder—has become the sacred book of the Hindus. The ongoing Dussera and Vijayadasami celebrations are about commemorating the murderous acts of wrathful gods. Rama Rajya is nothing more than the rule of varna and patriarchy, the rule of inequality.

Tonight, enemies will be set ablaze amidst the rapturous frenzy of fairground populism. We find our religious terrain littered with the massacres of asuras, the outcastes of the Hindu order, the imbalance in their violent tranquillity. Old demons like Ravana, Maveli, Hiranyakashipu and Mahishasura often symbolize kings who heralded a more egalitarian social order. More often than not these figures typify some of the most disadvantaged communities in India. Some of Navayana’s titles like A.V. Sakthidharan’s Antigod’s Own Country and Jalalul Haq’s The Shudra clarify as much. But none come closer than Martine Le Coz’s The King of the Mountain in breathing life into the ideas and personality of a figure who abjured violence and preached equality. 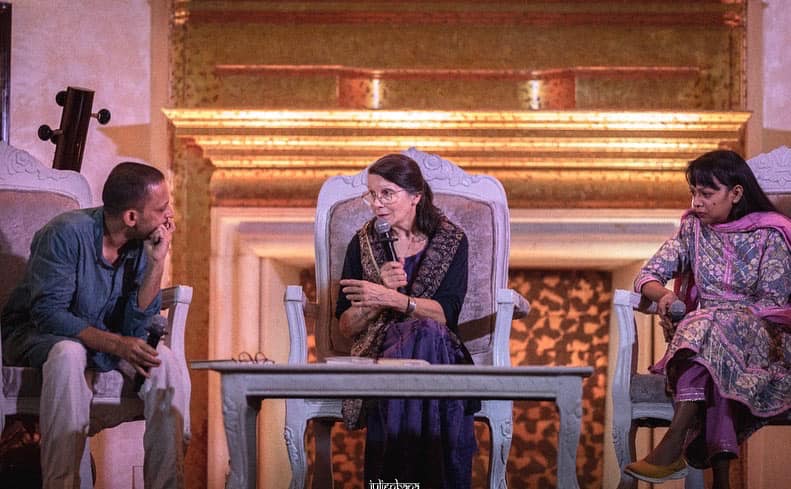 The book tells the story of Raja Salhesh, passed down orally within the Dalit community of Dusadhs. A Siddhartha-like figure, the crown prince of Mahisautha, Jaybhardan, wills himself to be born into the womb of an Untouchable woman. In doing so, he becomes Salhesh, the king of the Mountain. Raja Salhesh is a part-historic part-legendary figure from the Mithila region. He shoots the arrow of equality and he pierces the heart of sunnya, the void. It is an arrow that seeks to transform the opponent, and even the oppressor—not murder them. Where other gods indulge in violence, he turns the other cheek. Where others aspire to a single-minded pursuit of dominance, Salhesh embraces vulnerability. Sadly, in the public imagination, despite the saga of Salhesh being celebrated by over eight million dalits spread across the Indo-Gangetic plains, it is the idea of Rama, sponsored by the state, that has triumphed in the public imagination. Today, as many of our icons are burned down in a victorious dance of death, let us remember this king who chose a different path.

On 24 September 2022, Navayana and the Institut Français organized a launch of the book in Delhi. Author Martine Le Coz discussed her work with the Madhubani artist, Malvika Raj, and Anand, publisher of Navayana. A snippet from the evening for your viewing: