Bhimrao Ramji Ambedkar (1891–1956), one of India’s foremost revolutionaries, grew up untouchable. Battling against the odds, he gained multiple doctorates, campaigned against social discrimination and the caste system and went on to draft the Constitution of India. Throughout his life Ambedkar faced routine discrimination: in school at the age of 10; in Baroda after his return from Columbia University; and while travelling in later life. The discrimination experienced by Ambedkar continues to haunt a majority of India’s 170 million dalits as many are still denied water, shelter and the basic dignities of life.

Durgabai Vyam, who has illustrated a dozen books and won the BolognaRagazzi award in 2008 for The Night Life of Trees, says Bhimayana is her most accomplished work yet. Subhash Vyam began as a sculptor before turning to painting. They live in Bhopal, Madhya Pradesh.
Srividya Natarajan is a dancer and novelist; she lives in London, Canada. S. Anand is the publisher of Navayana. 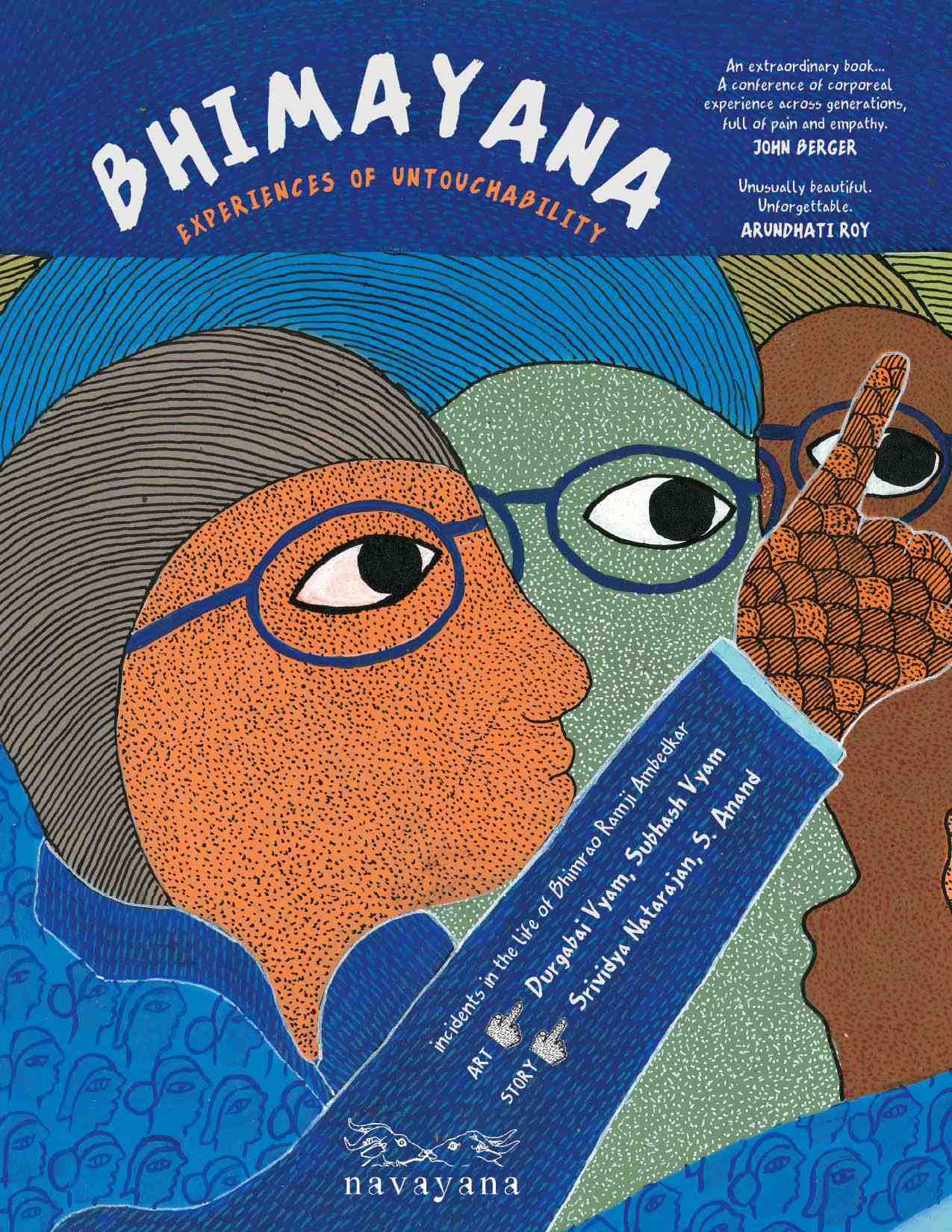 ‘Highlights one of the biggest denials of human rights still in existence on the planet. Among the Top 5 political comic books’CNN.com

‘Distinctive… challenging in all the right ways’
—Joe Sacco