In The Tiger’s Shadow

Born into a family of landless bonded labourers in the dustbowl of Sathgaon in western India, Namdeo Nimgade is 14 when he finally manages to attend his village school where, being an ‘untouchable’, he has to stand on the ‘hot verandah and listen to lessons through a window’. Inspired by Dr B.R. Ambedkar, he steadfastly pursues his education. Graduating from Nagpur, Nimgade goes on to complete his PhD in soil science from the University of Wisconsin in 1962—perhaps the first dalit after Ambedkar to earn a doctorate from an American university. In the 1950s, as an associate at the Indian Agricultural Research Institute in Delhi, Nimgade gets to spend time with Dr Ambedkar. Throughout his life, Nimgade  remains singularly committed to the ambedkarite movement. Nimgade narrates incidents in his life with candour and delightful humour—whether recounting his great-grandfather Ganba’s combat with a tiger in a forest, or his ‘forbidden’ love for a non-dalit woman. Moving away from the framework of victimhood narratives, Nimgade’s life is an inspiring story of triumph against odds.

‘Our family name Nimgade probably derives from the neem tree, which is known for its healing properties and health benefits. Many people from our untouchable community bear names referring to trees or plants, such as my brother-in-law, Khobragade—which refers to a coconut. There’s similarly Ambagade, referring to mango, Jamgade to guava and Borkar to berry. Quite likely, these arboreal names derive from the peaceful Buddhist period in Indian history, and are cited as further evidence that many of India’s untouchables were previously Buddhist.’ 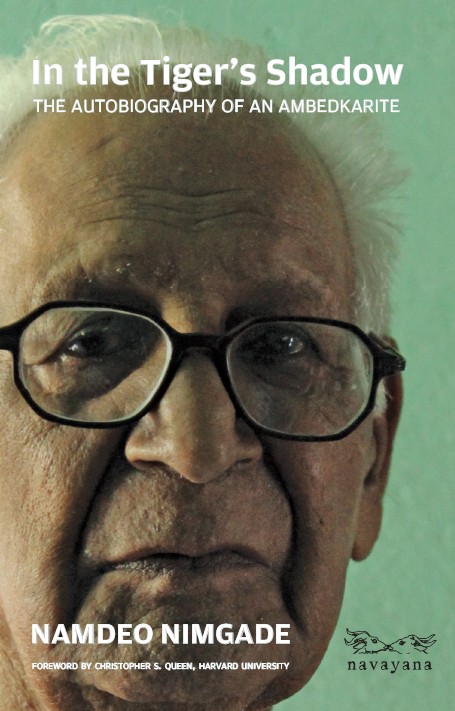 ‘This book must be read not only by all those who want to understand the dalit universe but also by those who enjoy a good Indian book in English’DNA, Mumbai