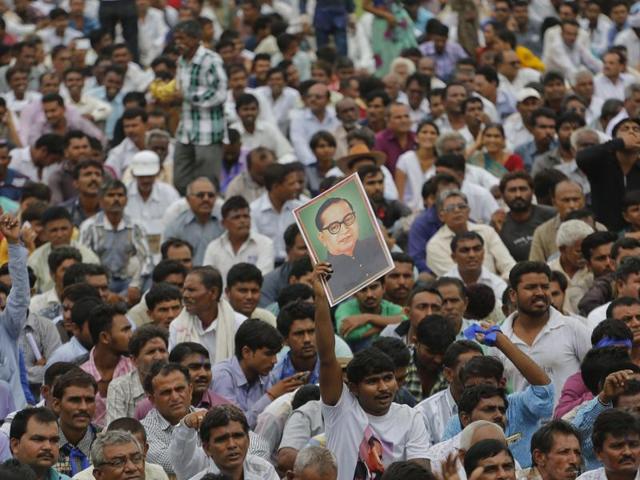 Who cleans up after India?

On 10th January, sanitation workers of the EDMC (East Delhi Municipal Corporation) called off their five-day strike after they were eventually paid their wages. Theirs were demands frequently ignored, forcing them to strike “every three months for their rights”.

The much-hyped public cleanliness situation in India is directly related to the power relation between who dirties and who cleans up after them. There is an entrenched caste consciousness that has taught us to collectively ‘externalize’ sanitation work as a burden. This entails confining and subjugating a particular social group, the untouchables, to a profession, and resulting in their access to basic amenities, protection, or rehabilitation not being prioritized. 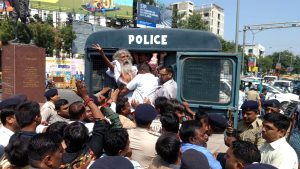 Tradition and religion are strong ideological bonds that complement physical violence, material deprivation, as well as state complicity in keeping this externalization and its consequences alive. The vital role of caste in perpetuating manual scavenging is sought to be negated or obfuscated, as evident clearly in Gandhi’s writings in Harijan. With sophistry, he rendered varnashramadharma blameless and equated the tasks of the Bhangi and the Brahmin, exhorting the ‘untouchable’ to view his dehumanization as something spiritual and sublime, even somehow ‘scientific’, that ensured all was well with the world.

This brahminizing tendency was also displayed by Modi when he marketed the forced hereditary labor of the ‘valmikis’ as some divine duty to the gods and society in Karmyog. His was an echo of Gandhi’s attempts at condescendingly celebrating the work dalits were, in reality, socially forced to do and economically impoverished by. And so, it isn’t surprising that the much-touted Swachh Bharat Abhiyan was inaugurated at a Valmiki colony in East Delhi, reinforcing the associations of scavenging with this, we must recall, community rechristened so by brahmins.

The caste-oriented nature of the state is seen when despite being prohibited by legislation, manual scavengers are routinely hired in households and elsewhere. The Indian Railways continues to be the largest employer of manual scavengers. For the safai karamcharis, to demand formal employment benefits means to invite police action and detention and to refuse to scavenge means facing violence against oneself and one’s family. While barbarity against dalits mostly goes unreported, some like the Una incident of 2016 manage to shock us into at least partial recognition.

In India Stinking, Gita Ramasamy notes that during British rule manual scavenging was normalized and from thereon remained largely invisible to successive administrations. The ban following Bezwada Wilson’s landmark PIL of 1993 has, tragically, seen neither implementation nor honest appraisal by state governments, most of which go to great lengths to fudge data on manual scavenging. Read an excerpt from the book here.