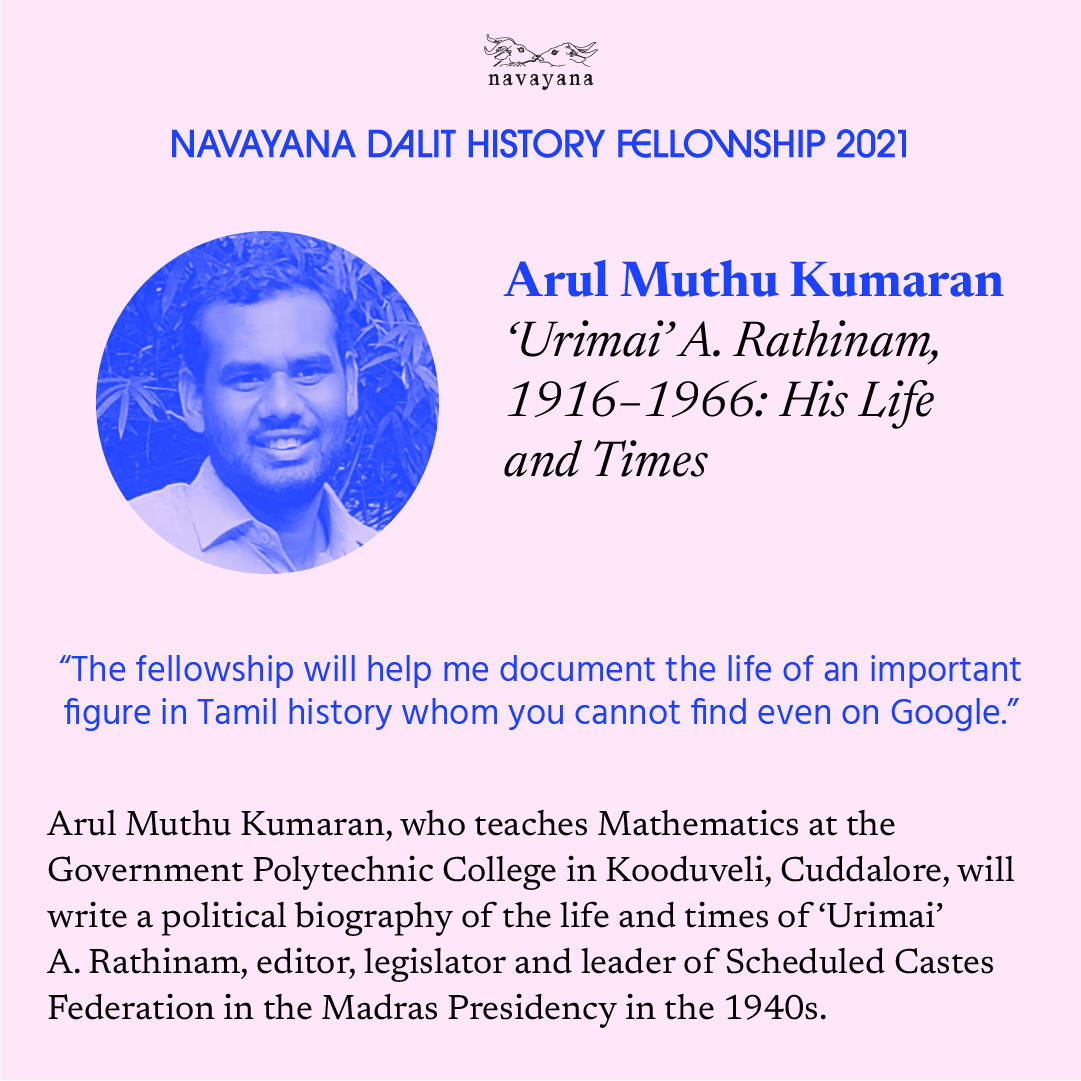 1942. India’s independence is imminent. B.R. Ambedkar floats a new political outfit, the Scheduled Caste Federation. With the possibility of caste Hindus taking over the reins of the nation looming large, it became clear that the Depressed Classes needed to explore all avenues to protect themselves from the pernicious influence of the nation’s brahmanical ideology. With this objective, the SCF expanded into different areas of the nation to unite dalits under a singular banner.

The story of the president of the Tamil Nadu SCF, Urimai A. Rathinam, has been lost to time. Urimai—meaning Rights—was one of the four journals he ran. Few people remember what he did when he was active in the 1940s and 1950s, and even fewer attempts have been made to archive his important intervention in the state’s politics. In this work, Arul Muthu Kumaran will collect together all the memories that remain, be they pamphlets, or newspaper clippings or personal accounts, to write the first-ever biography of Rathinam—the political activities, the dalit-run newspapers, the ideological debates and the trajectories of peoples’ lives, all shall find a place in this story. The work done by the SCF in Tamil Nadu in its early years, set the stage for the awakening and uplift of scores of dalits. It enabled the emergence of caste consciousness and gave direction to all future struggles for equality. Muthu Kumaran will restore this lost piece of history to its rightful place in our memories.

Arul Muthu Kumaran teaches Mathematics at the Government Polytechnic College in Kooduveli, Cuddalore. He will write his book in Tamil, which will be translated into English.