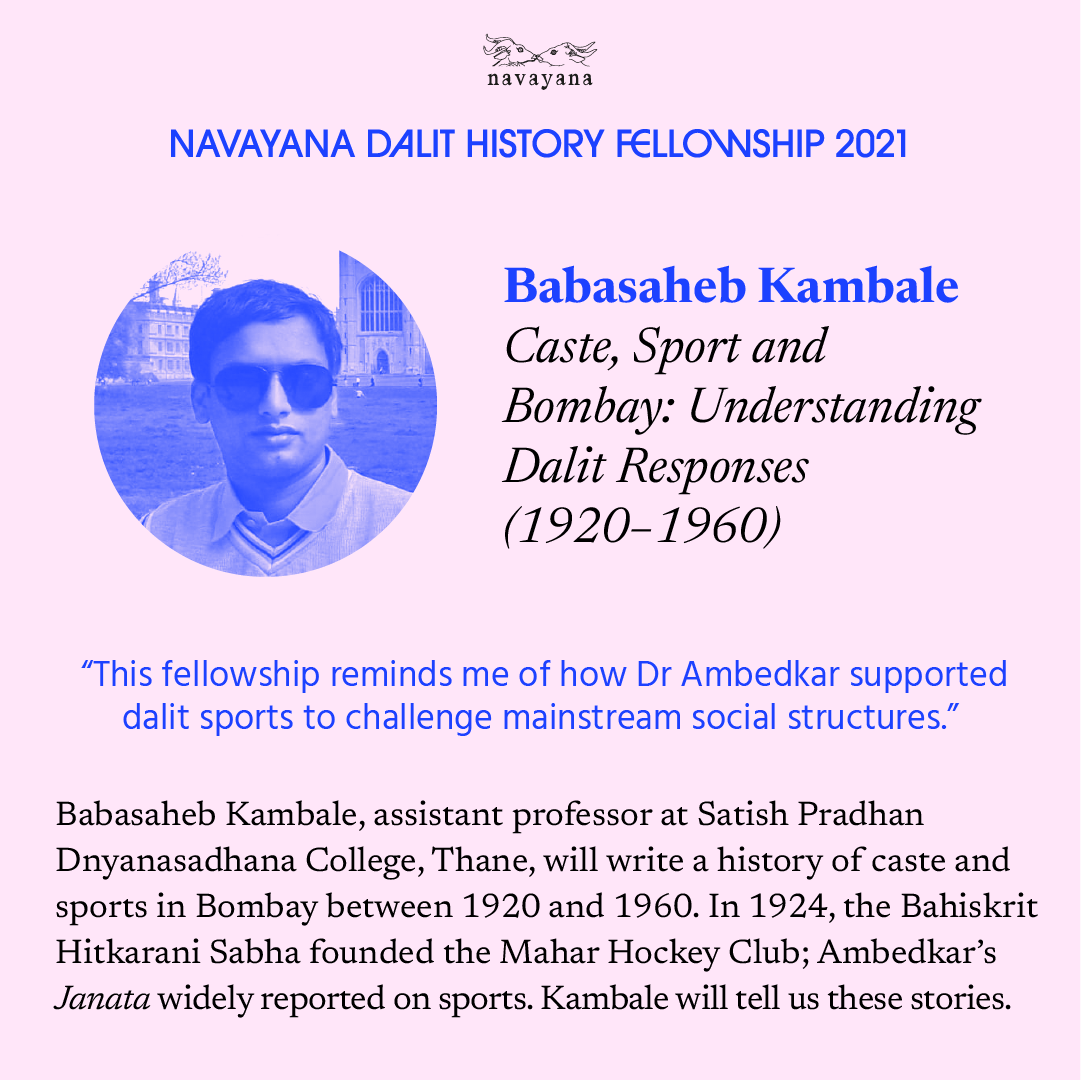 The spread of industrialization and the allied concentration of working-class communities in urban spaces, have a related effect on organized sport. This has been the pattern across the world. And this was also true in the case of the many dalits who migrated to Bombay city during the colonial era. Apart from the expected rise of British and elite Indian clubs, the city was also witness to dalits coming together to play.

Dalits ran clubs, produced successful athletes and teams, competed amongst themselves and against other groups in the city, and they had influential benefactors like Babasaheb Ambedkar. In 1924, the Bahiskrit Hitkarani Sabha (Forum for the Welfare of the Excluded) established by Ambedkar founded the Mahar Hockey Club; Ambedkar’s newspaper Janata widely reported on sports. In this book, Babasaheb Kambale will uncover this forgotten history. From the granular stories of the many dalit-led sporting clubs that sprouted in Bombay, Kambale will fashion a narrative of the everyday lives of dalits in the city. Caste always colours the dalit experience of the world. This book will tell us the story of the triumphs and joys of living in this unequal world.

Babasaheb Kambale is an assistant professor at Satish Pradhan Dnyanasadhana College, Thane, and is in the final phase of his PhD on labour movements in Bombay to the Department of History at the University of Mumbai.