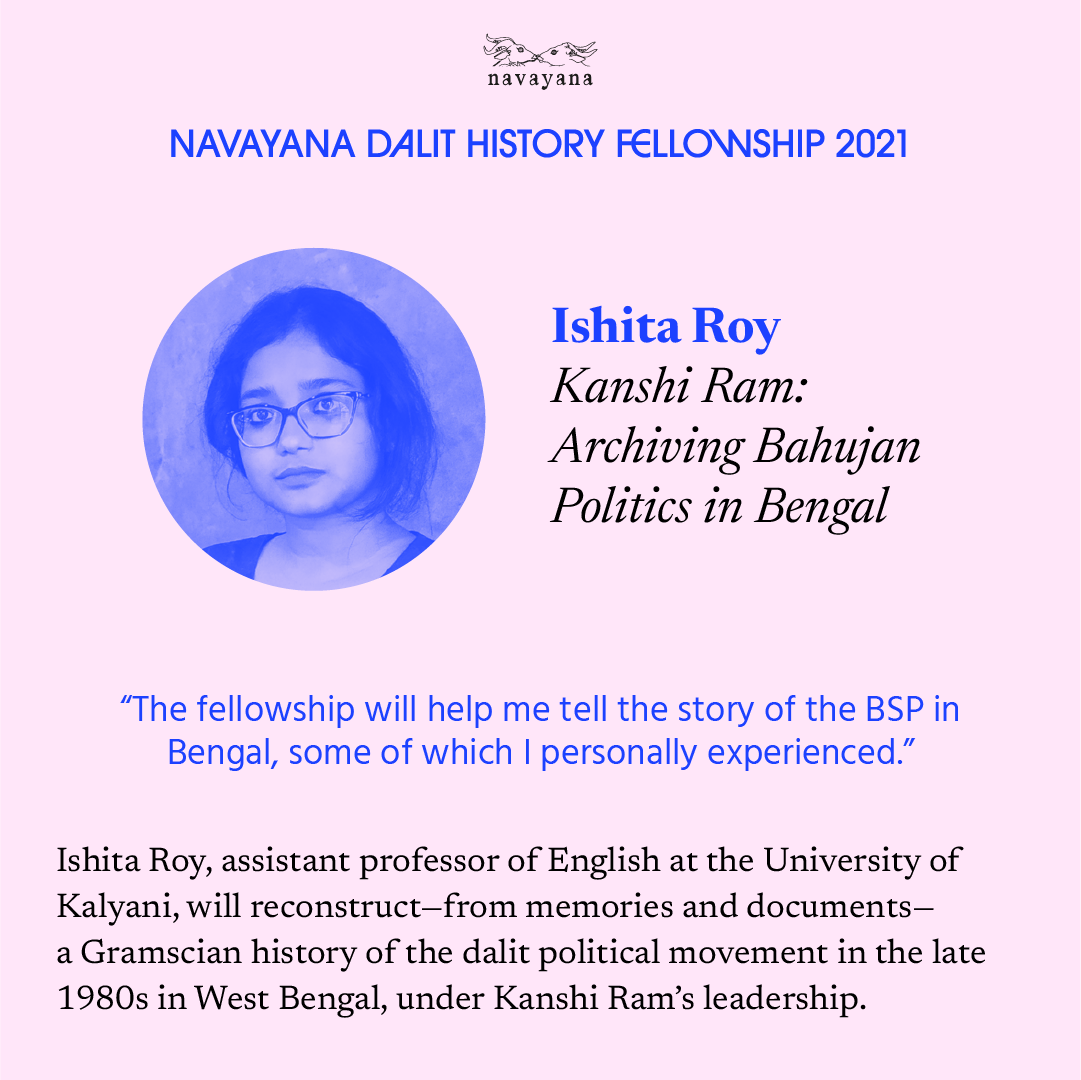 When Kanshi Ram floated the Bahujan Samaj Party in the 1980s, he wanted to carve out the dispersed, oppressed majority as a single constituency that could shape electoral mandate by standing together under a united banner. The popular narratives about the party look at it as an Uttar Pradesh-centric organization, with a regionally-specific base. However, also a part of its history are the many attempts to set the party up in different parts of India.

One such case was of that in Bengal. In this work, Ishita Roy will document first-hand accounts of the people who were involved in setting up the BSP unit in the state. She will story the kinds of strategies that the party deployed in getting people organized, and how through this work, the ebbing dalit consciousness in the region was given a renewed vigour. Roy will draw parallels between Kanshi Ram’s tactics and the theories of Antonio Gramsci to show how actual subaltern politics was carried out by disenfranchised groups. Based on interviews with people from the movement and her own family’s involvement in the party, the book will be a peoples’ history of dalit politics in Bengal.

Ishita Roy is assistant professor of English at the University of Kalyani, West Bengal.