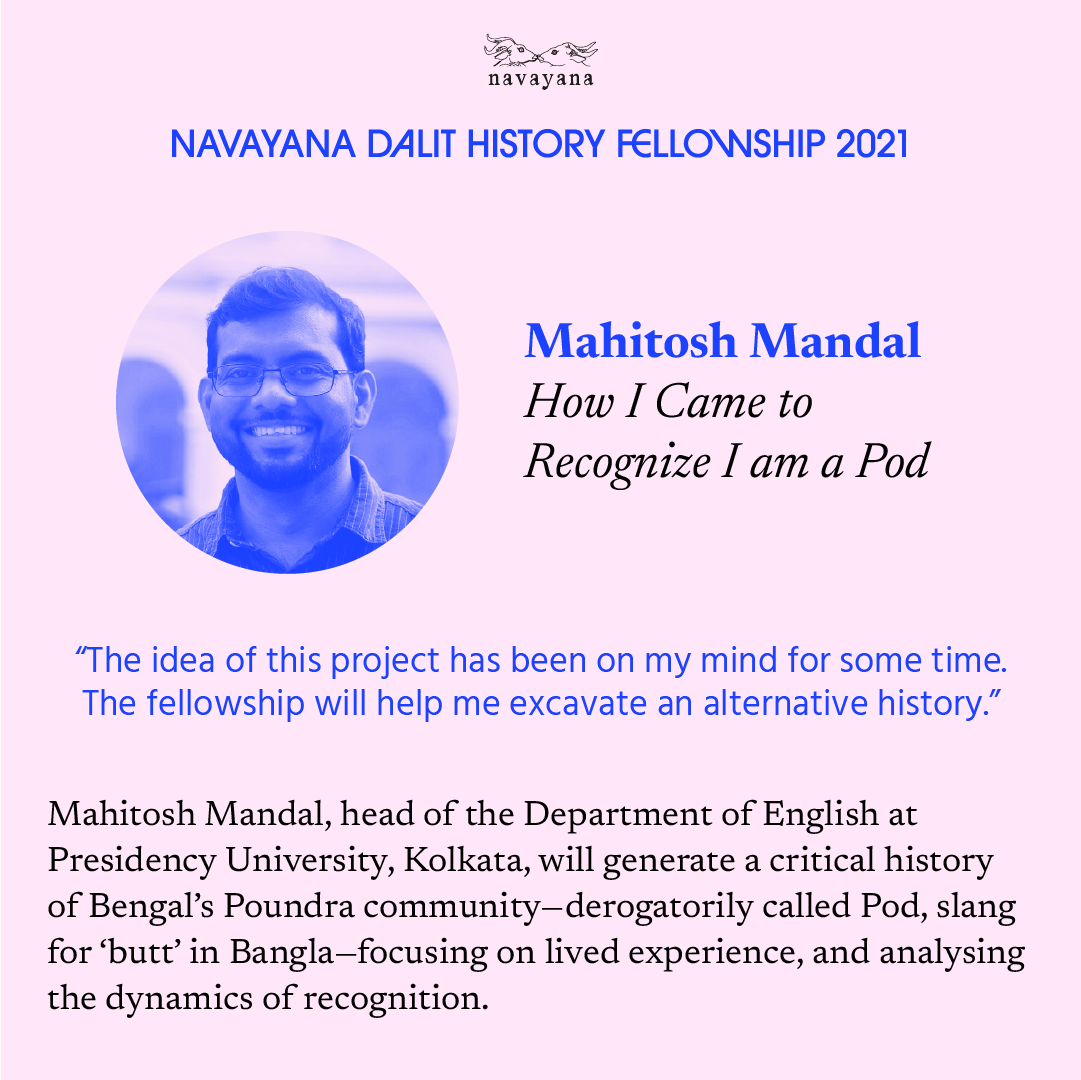 How I Came to Recognize I am a Pod: Towards an Autoethnography of Bengal’s Poundra Caste

A personal history. A community history. Mahitosh Mandal’s work is the story of the recognition of the self and the other. He will generate a critical history of Bengal’s Poundra community—derogatorily called Pod, slang for ‘butt’ in Bangla—focusing on lived experience. From his own life, he will draw out how he first came to see society gazed at him and others of his caste. From his community, he will draw narratives of struggle, of organization, and of wanting to be recognized as full and equal citizens. Politically weaker than the other, more organized, dalit communities, the Poundras have for decades been invisibilised.

In telling their history, Mandal will look at how recognition functions in dalit consciousness. He will look at the psycho-social consequences of marginalization and how people find it difficult to mentally steel themselves against the immense pressure of a brahminical society. At the same time, Mandal will unveil the kind of psychological courage that manifests in the individuals and groups who oppose injustice.

Mahitosh Mandal is Head of the Department of English at Presidency University, Kolkata.