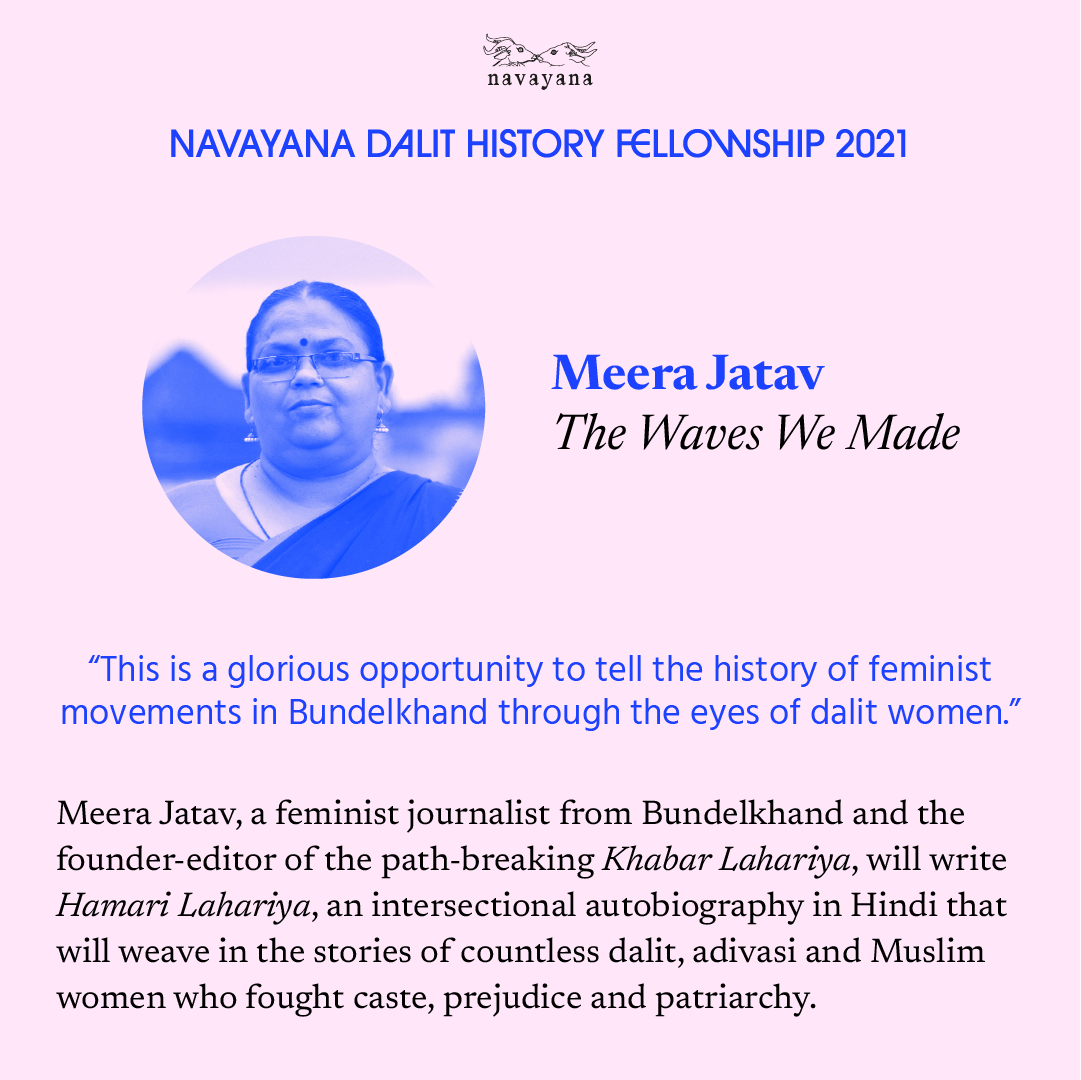 The Waves We Made

Born in backcountry Bundelkhand into a dalit family, Meera Jatav’s life had already been contrived by fate. A life of subservience, in her place as a woman, with no access to education or independence, away from the outside, which in this part of the world was populated by dacoits and armed gangs. But Meera wrote her own fate. She became the founder-editor of the newspaper, Khabar Lahariya, and with her dalit, adivasi and Muslim colleagues, her exploits became the stuff of legend.

For twenty long years the newspaper has been reporting local, national and international stories from its own unique feminist standpoint. As editor, Meera faced many threats and challenges. From the men, who wore their patriarchy with pride; from caste Hindus, who couldn’t comprehend how this dalit woman could go about without restraint; from politicians, from goons. But Meera couldn’t be contained. The story of Khabar Lahariya is the story of women from oppressed communities who defied the odds to address, investigate and take on the society that tried to keep them captive. In this intersectional autobiography, Meera Jatav invites us to share the collective experiences of the women of Bundelkhand.

Meera Jatav is a feminist journalist from Bundelkhand and the founder-editor of the pathbreaking Khabar Lahariya. She currently heads the Chitrakoot Collective.