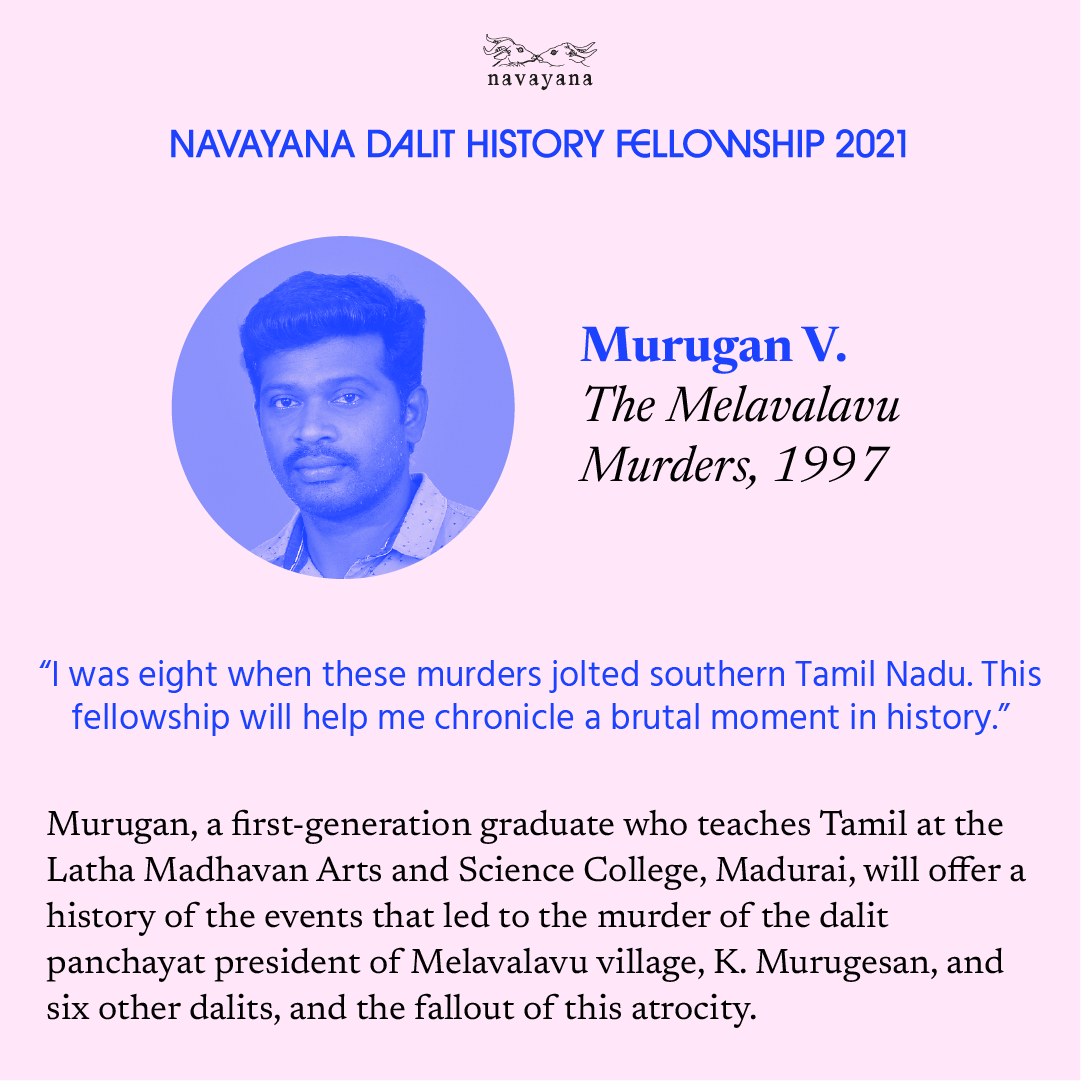 In 1997, a dalit panchayat president and his friends were hacked to death in broad daylight, in the village of Melavalavu in southern Tamil Nadu. The region is known for its frequent bursts of violence and for its rank caste supremacy. Here, punishment is meted out to dalits who put up posters for the electoral candidate of their choice. They suffer social boycott or other punitive actions for daring to assert their rights to public resources. Any act that is deemed above their station is met with immediate retaliation. When K.R. Narayanan became the president of India, the Melavalavu rejected him saying ‘No dalit can be the president of our village’. Even Ambedkar himself described the region as a place where ‘the rule of law… is actually lawless.’

In his forensic study of the Melavalavu murders, Murugan will take us through the economic, social and political conditions that background such an event. He will tell us the history of violence in southern Tamil Nadu. The kind of material relations that spur such incidents. Murugan will also story the aftermath of the much-publicised atrocity: how the dalit political outfits reacted to this shocking event, how they fought back against the brazen murderers and how the case played out in the courts. This is the story of how caste violence is produced and how an enraged community comes together to say, ‘No more.’

Murugan V., a first-generation graduate, teaches Tamil at the Latha Madhavan Arts and Science College, Madurai. He will write his book in Tamil, which will be translated into English.